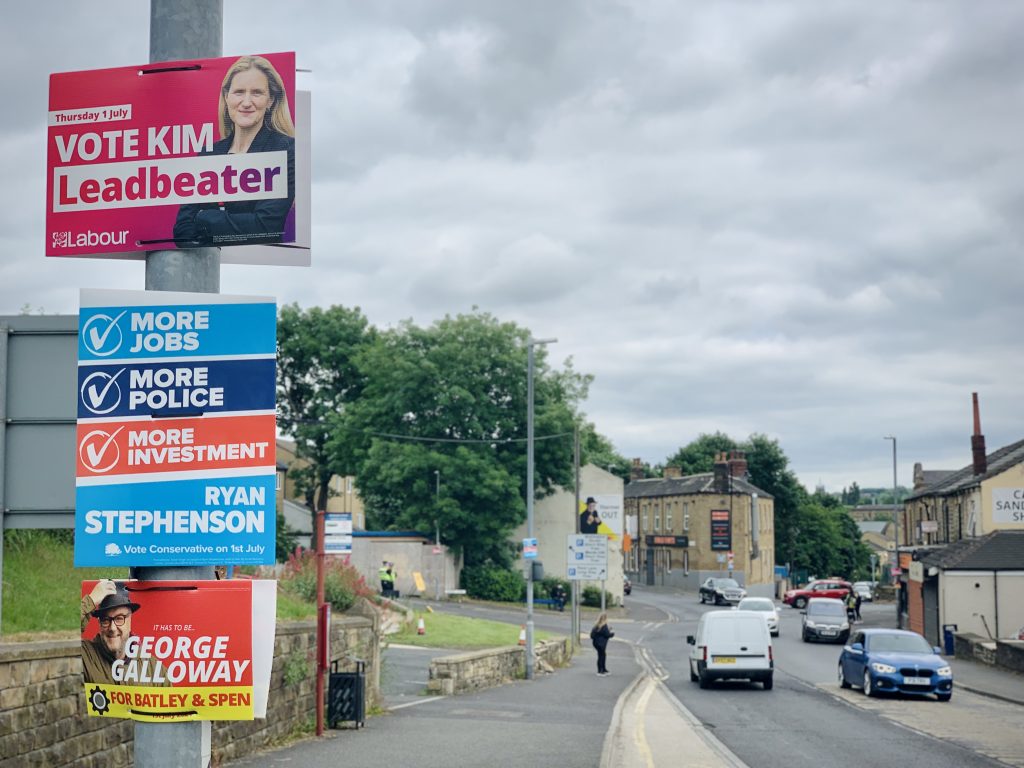 Kim Leadbeater has been elected as the Labour MP for Batley and Spen. “I’m absolutely delighted that the people of Batley and Spen have rejected division and they voted for hope,” she said this morning in response to gaining a 323-vote majority. The result comes as a huge relief to the Labour leadership, but first the importance of this narrow win to the people who live in the constituency must be recognised. They have been through the wars, with the murder of Jo Cox in 2016 and the nasty campaigning seen in this by-election.

Visitors sought specifically to stoke up tensions and deepen divisions between neighbours. Leadbeater was shouted at by men opposed to LGBT-inclusive education and Labour activists were physically assaulted while door-knocking. For this to have happened in Cox’s former seat, amid a battle involving her sister who was brave enough to put herself forward, was outrageous and painful. This is the first reason for which holding Batley will mean so much to constituents and party members.

The other aspect is the impact of this by-election result on the national picture. It was close, but the governing party has been deprived of gaining a second seat from the opposition within a single parliamentary term, which would have been almost uniquely terrible for Labour. As Chesham and Amersham also showed, Boris Johnson’s Tories are beatable. The Tory candidate in this battle, by refusing most media opportunities, keeping a very low profile and appearing not to reach out beyond his base, may have played it too safe. Avoiding scrutiny can stop you from getting over the line. Although Johnson got away with hiding in a fridge in 2019, perhaps that will be a lesson for the Tories.

For Labour, Batley serves as a reminder that an impressive get-out-the-vote (GOTV) operation is crucial. “Everyone had stories of finding two people or a house post-7pm who hadn’t delivered a postal vote or had no polling card or needed a bit of a push. We had around 400 out so it was our GOTV,” Leeds MP Alex Sobel told me. ConservativeHome, meanwhile, reports that Tory GOTV yesterday “had serious problems”. One of the overlooked aspects of the 2019 result is that it was devastating for Labour but the number of marginal seats now held by the party show it could have been a whole lot worse – and GOTV will have made the difference in many of those constituencies. Its value cannot be underestimated ahead of the next general election.

The other key factor is a local candidate who has a personal vote. As I reported in my Batley and Spen write-up earlier this week, Labour was distributing leaflets that did not mention the party or its leader anywhere: it was all about a “vote for Kim”. Her appeal in typically Tory or Lib Dem parts of the constituency was clearly an asset to the campaign, which had to contend with voters’ support for George Galloway in usually Labour areas (he secured almost 22% of the vote). Candidates deeply rooted in their communities, who can say ‘I have to live here alongside you once this is over’, are so important. It is understood that Keir Starmer actively recruited Leadbeater back to the party after she left under Jeremy Corbyn, so this will be used as proof that he has political management skills.

The narrow win naturally comes as a huge relief for the Labour leadership. Calls for Starmer to quit will go unvoiced today and talk of a leadership challenge will subside. The appointments of Shabana Mahmood as national campaign coordinator and Holly Lynch as the parliamentary lead on the Batley campaign have also been praised. A few hundred votes either way can set the narrative for weeks and months to follow. Thanks to this win – very narrow though it is, and should not have been for a party hoping to win the next election – Starmer has ducked another setback that would have been crushing. He must use this opportunity wisely: Labour MPs and party members will be looking for evidence of a sound electoral strategy and for clear communication of a persuasive vision.

There will be plenty more analysis on LabourList over the coming days and weeks exploring where the leadership and the party now finds themselves. For now, I’ll leave you with the words of Kim Leadbeater speaking today: “If I can be half the MP that Jo was, that’ll be pretty good going.”