Navigating the pandemic has always been a balance of risk. On one side is the need to curtail cases and reduce hospitalisations; on the other is the heavy toll that blanket restrictions take on livelihoods and the economy. For a party in opposition, it was always going to be difficult to do anything other than support the government as it applied this risk calculus over the last year.

Now there is white space between the blunt tool of lockdown and the complete removal of restrictions, forged by the rollout of vaccines and, specifically, the proven reduction in risk of transmission and severe illness amongst the fully vaccinated. Labour should occupy this space by setting out a third way on Covid, one that empowers individuals to manage their own Covid risk while making a virtue of collective action – including the continued wearing of masks, which Keir Starmer has rightly called for, and being tough on vaccine refuseniks by calling out their decisions for the anti-social acts that they are.

It is not the easiest course to take but it will be politically rewarded. The public is seeking leadership in the coming months, desiring freedom but not at the cost of an overwhelmed NHS. The first real test is a vote on so-called ‘vaccine passports’ that will determine entry to large-scale events, including nightclubs. While the temptation to inflict a defeat on the government is enticing, the public is not in favour of playing politics when it comes to the pandemic. Being reasonable and evidence-based is what wins Labour votes, and more politically rewarding would be for the party to be recognised as a government-in-waiting – one that has a plan for the country to live safely alongside Covid while allowing the economy to revive and grow.

This means shelving plans to oppose a vaccine passport. It is a wholly sensible solution from a risk-management perspective and one that should be supported by Labour. Reasonable concerns about security and fraud can be addressed by technology that has now been tried and tested in travel, and the cost pales in comparison to the billions lost to lockdowns. Of course, a vaccine-only passport does pose the risk of a two-tier society where those who are not yet fully vaccinated or those unable to be vaccinated for medical reasons are effectively locked out. That’s why it would be just and right for Labour to call for a health pass that confers the same status through one of a recent negative test, proof of prior infection or vaccination. This is a progressive amendment that would make the government’s proposals fairer and more inclusive.

This three-part pass is practical and workable. The infrastructure is in place already and could be deployed to great effect. Recent modelling found that temporarily mandating the NHS Pass for large gatherings could prevent between a quarter and a third of the projected cases, reducing the number of deaths in England alone by between 6,000 and 12,000. This would also buy time to vaccinate young people, potentially lowering the number of cases and deaths by around 40%.

Getting vaccinated is not only an act of self-protection but of community protection. This points to an important by-product of a health passport: it offers a blend of carrot and stick to vaccine waverers. To that effect, it has been deployed masterfully by the French President Emmanuel Macron who announced that, starting in August, people over the age of 12 will need proof of vaccination, prior infection or a negative Covid test to enter most hospitality venues. Within 24 hours, more than two million French citizens rushed to make vaccine appointments.

This is where Labour should play. More vaccinations mean fewer deaths and they get us closer to the pandemic’s end. In any event, the world will move in this direction so we should get there fast. Labour should not be distracted by the shiny but very short-term trophy of a government defeat, which – with combined opposition from backbench Tories and Liberal Democrats – is a realistic prospect. Instead, a much rarer prize is on offer: the opportunity to show leadership in this crisis. 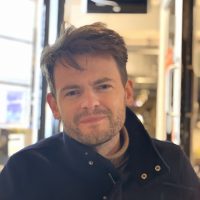 Ryan Wain is political director at the Tony Blair Institute.

View all articles by Ryan Wain