It has been over 18 months since the general election defeat and over a year since Keir Starmer became leader of the Labour Party. It’s been a tough time for the left in Labour, with a wave of member suspensions, the abandonment by the leadership of progressive policy and a climate of hostility directed at our organisation, Momentum. We also recently suffered our first notable electoral defeat within the party, losing the majority of seats on the London regional executive committee (REC). Taken together this symbolises a shift in the party rightwards. The critical questions are how far? And what next?

Peer beyond the headline result for the London REC and around 40% of the lead delegates at the London Labour conference were actually on the left. The success of the Labour right in this election was amplified by the first-past-the-post (FPTP) voting system, and it reflects small shifts in the balance of forces in Constituency Labour Parties (CLPs). London Labour conference is a delegate conference and its outcomes are largely dictated by how voting stacks up within individual CLPs, which can change back in the left’s favour with just a handful of votes.

The bigger picture for the left is still relatively positive. Victories in the national executive committee (NEC) election, on the Young Labour national committee, the women’s committee, as well as the election of socialists in Holyrood and the Senedd, point to a still large left base in the party – able to exercise influence through different structures and in different electoral systems.

In addition to this foothold in the party, there are also a series of newly established Left institutions that provide vital intellectual and organisational coherence. Momentum is the first of these, but The World Transformed, Novara Media and Tribune magazine are also key, among others. Compared to the pre-Jeremy Corbyn left, this is vital infrastructure that was then missing. What’s more, the political-economic conditions that helped stimulate support for socialism are still very much present.

To reflect on these strengths is not to ignore the challenges in front of us. It is possible that the left will lose further internal Labour Party elections over the coming months. But any assessment of where we go has to start with where we are and what we have.

The first step in maintaining what we have is for socialists to stay in the Labour Party. It is the Labour right’s goal to drive socialist thought and activity out of Labour, so our goal must be to ensure that it remains vibrant and organised. As Jon Trickett has said, there is a red thread of socialism that runs throughout the party’s history and it is the job of socialists to tend to that thread and to weave it into a tapestry, as we did under Corbyn’s leadership of the party.

While some former Labour members have left and some have gone on to form breakaway parties, under FPTP and without the support of large trade unions, any breakaway party to the left of Labour will fail despite the best intentions of those organising them. History tells us this, and it is an extremely hard argument to make that it is more realistic to transform the entire UK political landscape than it is to transform the Labour Party.

If we believe that electoral politics is key to socialist change, then this is the task in front of us, and while we have much to our advantage in the current moment, there are also significant challenges. The departure of socialists from the Labour Party has left some of our local networks fragmented and some of our data in need of updating. Our task now is to overcome these obstacles, and to rebuild.

At Momentum, we invested significant resources in organising for the London REC election, but we are also playing the long game, just as the Labour right did during the Corbyn years. They understood then that any success will not come overnight and requires the laying of proper foundations, and this is a lesson we too must learn.

In our short history, Momentum has excelled at mobilising large numbers of people during general elections and in national internal Labour elections. But the types of organising required over the coming years will be different to what we have done before, where the entire left was energised by an extraordinary political moment and the opportunities provided by a socialist leader of the Labour Party.

As we have outlined in Momentum’s first ever strategic plan, Socialist Organising in a New Era, our organising now requires much greater focus on leadership development, network building at the local level and political education – all of which create the ideological glue, relationships and organic leadership that hold movements together and helps them grow, especially in challenging periods. Alongside this, we also need to refine our organising model and upgrade our digital campaigning tools.

Overall, this is a strategy for movement building. Of course, you build movements through elections and campaigns, and this foundational approach shouldn’t be seen as opposed to the business of winning things in the here and now. We must do both. But in the current climate, winning things and being successful over the long term means doing things differently. It would be naive to think that we can simply continue as we have been. The political terrain has shifted.

For this reason we have launched ‘Refounding Momentum‘, which is engaging the experience and knowledge of our membership to work out how we can become a more effective organisation that drives member participation and wins. Grassroots members have the knowledge and the solutions, so we are asking them. Indeed, our committed and small staff team can only do so much. Momentum wins, and loses, with its membership.

Getting the right answers and making the necessary changes will take time, and for some this may be seen as unnecessary introspection. But before setting out on any new journey, you need to make sure the car is fit for purpose and make any necessary repairs. This requires patience and it also requires a readjustment of what’s possible in the immediate context. This isn’t defeatist, because in the short term we can and will win inside the party, especially on policy, where there is strong support for a green new deal and many other policies associated with the left.

But over the longer term, if we get it right, we can transform the entire Labour Party and campaign for a socialist Labour government once again. We have the ideas and we have the plan, we just need to do it. So if you are a socialist in the Labour Party, step up and join Momentum, get active in your local Momentum group or work with us to set one up. Without your participation we can’t win, so we need you to take the first step, then we can take the rest of them together. 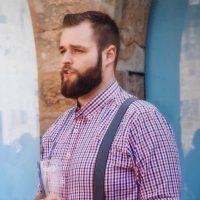 Callum Bell is a member of Momentum's national coordinating group.

View all articles by Callum Bell