Labour conference 2019 may only have been two years ago, but in many ways it feels like it happened in another era or universe. When we last met as a party in person, the main word on everyone’s lips was ‘Brexit’. Jeremy Corbyn and Tom Watson were leader and deputy leader. None of us knew we were mere months away from a horrific election defeat, a complete leadership change and a global pandemic. Heading into Brighton 2021, some of us are unsure whether to hug old friends when we bump into them or continue elbowing with people when we are introduced. So, what are we hoping for from this conference?

We hope that being in the same rooms might give us the sense of belonging and togetherness that membership of a political party should bring. Having had arguments, rather than debates, taking place largely across social media since before Keir Starmer and Angela Rayner were elected, it has been easy to feel like members agree on little. We think this conference is an opportunity to bring structured, reasoned debate back to the party. Let’s never forget that by the strength of our common endeavour we achieve more than we achieve alone.

There are crucial policy proposals to work through, including: what sort of economy we will build in post-Brexit Britain; a social care reform plan that must put people at the centre and fix the recruitment crisis in the sector; building an education system for all that allows a more flexible curriculum and learning opportunities for our young people creating a proper pathway to employment; and, of course, climate change. We must be courageous in building a better future for the country for the next general election. It may not be far away.

We are also looking forward to listening to Keir’s speech on Wednesday afternoon. Stuck talking to members via screens since his election, this is his chance to connect and reunite the party in person. We must, surely, all want him to show the country that he is a Prime Minister-in-waiting. He will likely be building on his fantastic speech last week at TUC conference, where he confirmed that the next Labour government will raise the national minimum wage to at least £10 an hour, among other policies.

There is much to celebrate, with Labour improving its standing in some recent polling and Keir seen as a serious alternative to a constantly out-of-touch Boris Johnson. This conference is a chance for the party to look forward and focus on what we want to do both in local and national government. Yes, there will be contentious motions on the conference floor, but no change comes without debate.

We must also highlight Rachel Reeves and Bridget Phillipson as stand-out women on the frontbench – recently delivering hard-hitting speeches to challenge the Tories’ appalling plans to cut Universal Credit and their plans for a social care levy, which will put more people into poverty rather than raise them out of it.

It was striking to see the Labour backbenches coordinating speeches and interventions to counter the arguments from the other side on these issues and offer effective support to the shadow frontbench. It was a masterclass in united leadership and we need lots more of this to give the country confidence that we can govern again. Looking to the past will get us nowhere as a party. We need to look forward.

There are also the women elected in 2019 that deserve a mention such as Abena Oppong-Asare, Florence Eshalomi, Alex Davies-Jones, Nadia Whittome and Taiwo Owatemi, to name a few. Whether asking challenging questions about concussion in sport at committee or raising awareness of mental health on the media, these are the women who have proven to be assets to their communities, the party and the House of Commons.

Labour is back. We need to continue showing the country that we are hungry to govern again, and that what is important to them is important to us through our policies, actions and vision for the future. We hope Brighton 2021 will provide a springboard for our campaign to win the next general election. 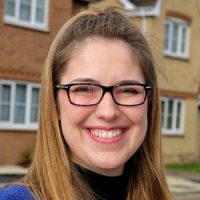 Natasa Pantelic is a former Labour parliamentary candidate for Chesham and Amersham. She is cabinet member for social care and public health at Slough Council and was a founding member of the Labour Women's Parliamentary Staff Network.

View all articles by Natasa Pantelic