There are two key moments that have recently made me sit up and take note. Moments that have made me realise how much of a crossroads we are at in terms of our children’s education and the value we place on the whole child before us.

The first was a hugely positive one, and one of pride in being a member of our party. A reassuring moment for when the in-fighting all gets too much and reminds us of the difference a Labour government can make.

It came when I was sitting in a meeting at Labour conference, listening to Wes Streeting talking about the ‘ten by ten’ initiative to widen education, not just to incorporate academic achievement but opportunities for all. Access to the arts to sports to cultural experiences as core values rather than side notes. I admit I had to slightly sit on my hands to not start cheering.

The second was when watching the BBC Two programme Don’t Exclude Me, looking at the reality of pupil exclusions in the UK, which includes teenagers but also children as young as six years old. The number of exclusions last year reached around 8,000, with 31 children excluded every single day.

The programme follows one woman, behaviour expert Marie Gentles, who is determined to model a different, whole-child, trauma-informed approach. She says: “We have a national crisis on our hands and exclusions are never the answer.” It was no surprise to learn that Marie has a family background in fostering: children’s behaviour was seen as a bid to communicate rather than something to be tamed, and children were encouraged to be individuals encouraged by strong relational foundations.

Emerging from the pandemic, we are clearly at a crossroads for the future of education. As a mother of a special needs child, I know far too well how poorly set up our schools can be to manage any deviation from the so-called ‘norm’. Years of underfunding, rising numbers of teachers leaving the profession and a school curriculum being slowly starved of any meaningful focus on the arts have left a school system unable to offer much flexibility and too often firefighting rather than reflecting.

Into such a system, you add the rising crisis in mental health needs married with a lack of mental health provision, rising issues with food poverty and sky-high stress levels post-pandemic, and it is no surprise that the behaviour we saw in the children was screaming, literally, for help.

But that’s just the issue. Those screams are being squashed down, rather than listened to. Though there was much to be admired in the BBC programme’s whole-child approach, unless we see real systemic change and investment holistically in our education system, we are looking to individual, often worn-out teachers to do the impossible and solve the crisis single handedly.

That’s where my urge to stand and cheer sprang from. There is hope; there can be a re-imagining and recommitment to our children’s education. Labour has pledged a mental health support revolution, and via the ten by ten model a commitment to widening opportunities for all. The Tories have offered us years more of funding cuts, and Latin.

As we stand together at this crossroads, I ask you to visualise falling exclusion rates, not just because of the exemplary work of individual teachers battling against the system they work within but because we have worked together to reimagine the system itself. To change the values that underpin it and to re-educate ourselves on what education can mean for our children. Maybe I shouldn’t have sat on my hands after all. Maybe that really is worth shouting about. 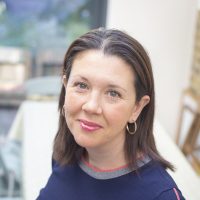 Anya Sizer is a Labour councillor for Hoxton East and Shoreditch, an executive member for the Fabian Women's Network and works for a Labour MP. She is an ambassador for Compassion in Politics and has three children, one of whom has SEN and battles with foetal alcohol spectrum disorder. She is also the regional co-ordinator for the Fertility Network UK.

View all articles by Anya Sizer