Labour is significantly ahead of the Conservatives in 125 constituencies in England and Wales that Keir Starmer’s party needs to win at the next general election, according to a new poll published by the Fabian Society.

The opposition party led the Tories by nine percentage points in the target seats, the research found, with Labour on 43% and the Conservatives on 34%. At the last election, support for the Tories in the seats stood at 49% and 37% for Labour.

The swing towards Labour would result in the party gaining around 100 target seats at a general election and returning around 300 MPs, the research suggested, and Andrew Harrop described the poll as a “great Christmas present” for Labour.

“Labour has a really solid foundation to build on in the seats it needs to win in England and Wales. It is particularly encouraging to see voters in places without a Labour MP for many years turning to the party,” the Fabian Society general secretary said.

668 people living in the 125 target seats responded as part of a larger nationwide poll weighted to be representative of adults. The 125 seats comprise 58 constituencies that Labour has held at some point during its 11 years in opposition, and 67 seats the party lost in 2010 or before or has never held at all.

According the Fabian Society, polling data on recently-lost ‘Red Wall’ constituencies excludes Labour target seats that the party has not held for years, where the party is doing best, and so understates recent progress made by Starmer’s party.

Harrop added: “These constituencies often get overlooked when we talk about the recently lost ‘Red Wall’ seats. Labour can now mount a challenge in places that were last competitive when Tony Blair was Prime Minister.

“But there is no room for complacency. The results for marginal seats in this poll show that support for the Conservatives has crashed in the wake of Boris Johnson’s scandals. But too few swing seat voters are confident that Labour has changed for the better.

“There is still a lot of convincing to do before the next election. Labour must keep working hard to convince the electorate that the party is ready to lead, at a time when the Tories have proved incapable.”

95 of the 125 target seats included in the poll are made up of towns and villages, with many in the North, Midlands and Wales, and not usually adjacent to what the Labour-affiliated organisation described as “core cities”. 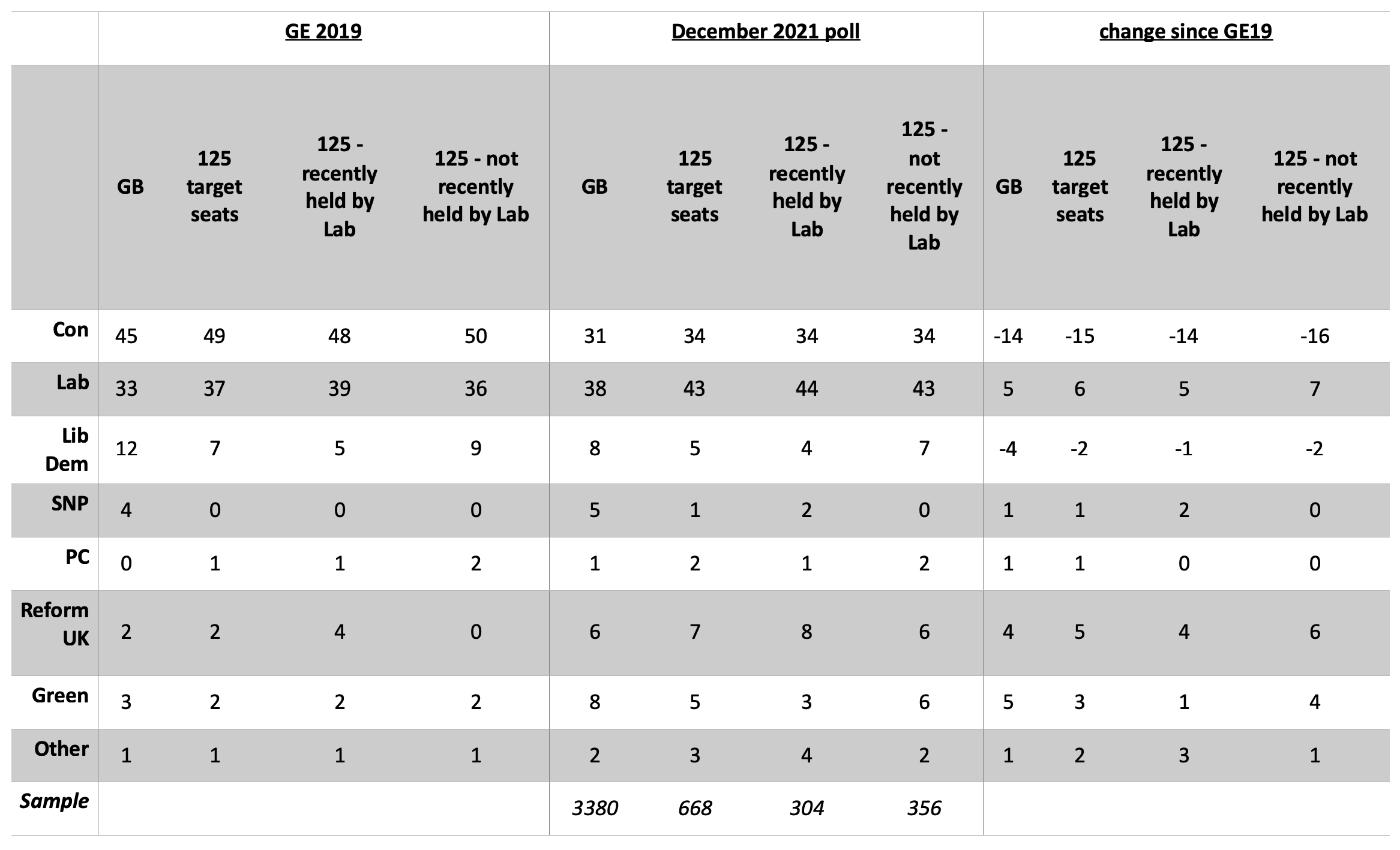 Below is the full list of the 125 target seats.