It’s clear now. Boris Johnson misled the House of Commons in December with untruthful assurances that allegations of Covid rule-breaking parties were unfounded. He broke the ministerial code and must resign to protect its integrity.

The ministerial code has been flaunted and flouted with reckless abandon by this government. Why should this matter? Because the ministerial code is part of our constitution, there to ensure separation between private and public interests. Labour has led the charge in decrying Tory sleaze, cronyism and exceptionalism, yet something far more sinister underlies these hypocritical abuses of privilege and power. Johnson’s failure to resign is part of a wider picture of constitutional assault.

This government is dismantling, piece by piece, our constitutional democracy. It is weakening our democratic institutions and, if allowed to continue, they may be eroded to the point that they cannot resist further blows. Democracies do not only fall under a sudden coup d’état. They can disappear slowly, from stealthy and piecemeal attacks. The British constitution is not only going through significant turbulence but is at threat of backsliding out of democracy.

While democracy is revered as a value, it’s sometimes necessary for us to revisit why. The British democratic constitution is there to provide some level of influence and control to every UK citizen. It prevents the will of a few from driving our society without the appropriate checks and balances to mean citizens have power. Democracy doesn’t just happen at the ballot box. It is not only a Labour value. It’s the framework and basis of justice in British politics and must be defended.

Democratic backsliding describes a retreat by an incumbent government from democratic values and practices with the intention of curtailing criticism and inhibiting democratic opposition. It involves a shift away from democracy and towards autocracy. There are three main pillars to a constitutional democracy, and these are under fire in the UK. I’ll offer some examples.

First, the government must be balanced against legal and judicial institutions having enough independence and integrity to protect citizens’ rights. Undermining the judiciary and appointing loyalists to bureaucratic posts erodes this necessary separation of powers. Much has been said about appointments of Tory cronies to key posts and the 2019 prorogation of parliament. Of pressing importance are the blows to judicial independence. Despite the findings of an independent review ordered by ministers, Johnson’s government is pushing ahead with changes to judicial review that even David Davis MP called “an obvious attempt to avoid accountability”.

The second crumbling pillar is the protection of political rights and civil liberties. With the police, crime, sentencing and courts bill removing rights to protest, the nationality and borders bill empowering the government to remove citizenship without notice and the Justice Secretary proposing to reform the Human Rights Act so as to put obstacles between potentially vulnerable individuals and their ability to enforce their legal rights.

The final waning pillar concerns the electoral process. The elections bill, in the words of the Electoral Reform Society, may lead to “disenfranchisement on an industrial scale”. It is disempowering citizens less likely to vote Conservative and taking electoral voice from some of the most vulnerable among us.

Let me summarise these assaults. We are witnessing threats, in various forms, to: our institutions (their accountability and independence); our civil and political rights; and our ability to participate in the electoral system. The trick of this government is to make us believe these policies are not connected, though together they remove rights and empower government to rule without constraint or challenge.

Democratic backsliding is difficult to identify. It requires vigilance and, as the opposition, it is Labour’s duty to identify and to call out this slide towards autocracy. One key indicator that a state is moving away from democracy, is state capture. This is characterised by political actors taking over the institutions of the state and misusing them for their own narrow political and economic interests.

Conservative MPs voted not only to disregard the rules on parliamentary standards to protect colleague Owen Paterson, but in fact to rewrite them. This was an example of exactly the kind of systematic corruption described. Do we also have a Prime Minister whose private interests render him above the capture of the ministerial code?

Many interpreted Brexit as a vote for the Westminster model of politics. We must not let the will of voters morph into a licence for this government to undermine and destroy that Westminster model we so value.  Labour must stop responding only to the symptoms and start attacking the virus. As backsliding is not abrupt, it is difficult to determine the tipping point. Each incremental attack and erosion must be called out. 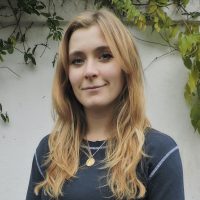 Hannah McHugh is a Labour candidate for Islington Council and PhD researcher in political theory.

View all articles by Hannah McHugh