A cross-party parliamentary report released today has warned that the government’s coronavirus recovery plans risk being thrown off course by a staffing crisis that was “entirely predictable”.

The new report by the House of Commons health and social care committee found that the wider backlog caused by the pandemic is a major and “unquantifiable” challenge, and that better workforce planning must be a central factor in recovery.

Committee chair Jeremy Hunt said the “current wave of Omicron is exacerbating the problem, but we already had a serious staffing crisis, with a burnt-out workforce, 93,000 NHS vacancies and no sign of any plan to address this”.

“Our report finds that the government’s recovery plans risk being thrown off course by an entirely predictable staffing crisis,” the Conservative MP and former Health Secretary added.

The report also noted that the government resisted changes to the health and care bill that would have required publication of an independent assessment of workforce numbers at least once every two years.

Without such an independent forecast of future workforce needs, the report concludes, “it remains impossible for anyone – including this committee to know whether enough doctors, nurses or care staff are being trained”.

This will likely lead to more resignations of NHS staff, as the committee suggests “existing staff do not know when they can expect the pressure on them to lift”.

UNISON head of health Sara Gorton said the NHS is “running on empty” due to staff shortages and the government could be guilty of “wilful negligence” over their decision to not publish an independent assessment.

“The government showed blatant disregard for the early warning signs, and its continued refusal to publish an independent assessment of workforce numbers counts as wilful negligence,” the union official said.

“A properly-funded staffing plan is the single most important step ministers can take to relieve pressures over the next few years. The NHS must be given what’s necessary to boost employee numbers across all disciplines.”

The 46-page paper published today also found that the government’s plan to deal with the six million-long waiting list for elective care is being threatened by pressure on emergency services, with a record number of 999 calls and waiting times in emergency departments at their worst since records began.

The NHS Confederation is calling for a range of new measures to be implemented in NHS England to help overstretched hospitals and struggling ambulance, mental health, community, GP and social care services cope with “widespread” worker shortages.

The MPs’ report was also highly critical of social care contingency planning, suggesting that efforts to accelerate discharge from hospitals to free-up beds for patients from the backlog have placed even greater pressure on care staff and unpaid carers.

The committee restated its calls for the government to publish a ten-year plan for social care, setting out how it will tackle the structural and financial problems the sector faces in the short-term and to “operationalise its longer-term ambitions”.

In October, the health and social care committee found that a “deliberate policy” pursued by ministers and government officials to take a “slow and gradualist approach” to Covid early in the pandemic led to a higher initial death toll.

The group of MPs condemned the “gradual and incremental approach to introducing non-pharmaceutical interventions” in the early stages of the first Covid wave and the decision not to introduce a lockdown until 23rd March 2020.

This week the UK saw its highest ever daily Covid cases, with 200,000 people reported to have contracted the virus, while 334 deaths were reported yesterday. The data comes as it was revealed one in 15 people in England had Covid last week, rising to one in ten in London. 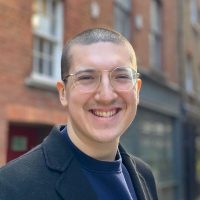 Dom Hauschild is a member of the Labour In Communications leadership committee.

View all articles by Dominic Hauschild