Labour’s national executive committee on Tuesday will meet to consider a radical package of changes to the party’s archaic selection procedures. By all accounts, the proposals take a dramatic step forward towards delivering the shorter, cheaper, more inclusive selection procedures that women and other groups with disproportionate barriers to successful participation so dearly need to see. Without the adoption of bold measures, we risk a backwards regression on women’s representation, and a missed opportunity to make progress on minority representation too.

Many LabourList readers will be aware that two snap general elections in 2017 and 2019 meant candidates were selected with atypical fast-track processes. Many newer members may therefore be unfamiliar with the full selection process in its current format, which was last implemented in 2013 ahead of the 2015 general election. This arduous and outdated process was nine to 12 weeks long, with no hybrid elements and no spending cap.

Even then, it was an analogue selection process in a digital age, which favoured well-resourced candidates with jobs in or around politics for whom taking weeks off work was no big deal. Selections should be a considered choice, but they need not be an arduous marathon. We want our candidates to lead us into hard-fought general election campaigns well, energetic, fired up and raring to go, not broke, knackered and beaten down by unnecessary internal hurdles.

Selections that are two or three months long increase the barriers to success presented by caring responsibilities, finance, geography, disability and employment. This is not necessary in an age when most people receive political information via social and digital medias, rather than purely from the leaflets and door to door visits the current process was designed for. In reality, many active members will have decided who they want to be their new MP or candidate within days, so a long, gruelling selection process achieves little and presents unnecessary logistical challenges to those putting their lives on hold to stand.

Labour Women’s Network members who stood for selection in 2015 testify to nine or more weeks of constant childcare challenges, of writing leaflets in the early hours of the morning after long shifts in their day jobs, of debt problems resulting from unpaid leave and excess travel costs. Yes, being an MP is a tough job and nothing comes easily. But a process that actively disadvantages the gender which earns less and provides more care doesn’t feel deeply rooted in Labour values.

Does it matter if Labour’s selection processes don’t suit women? Yes, critically. The elephant in the room is that, having successfully hit gender parity in the Parliamentary Labour Party at the last general election, the next parliamentary selections are likely to be held on open shortlists, until a Labour government is able to amend legislation around positive action for more sustainable use. No-one in a position of power in the Labour Party wants to see our historic success on women’s representation shoot rapidly backwards, yet an over-long, too pricey selection process – in the context of a party culture which frankly still plays to white, middle-class men’s advantage – could result in just that.

What difference does a critical mass of women on our benches make? Every difference. Think of Stella Creasy’s campaign to make misogyny a hate crime. Or Bell Ribeiro-Addy’s spotlight on Black maternal mortality rates. Or Holly Lynch’s successful bill to protect lone emergency workers. Or Sarah Owen’s campaign for miscarriage leave. Or Tulip Siddiq’s fight for affordable childcare for all. Or Ellie Reeves’ challenges to the government over shameful rape conviction rates. Or Abena Oppong-Asare’s moving debate on Black History Month. Or Diana Johnson’s campaign to bust the business model of sex trafficking. Or Yvette Cooper’s work to curb the alarming raise in drink and injection spiking. Or Jess Phillips’ tireless efforts to reduce violence against women. I could go on and on.

Labour Women’s Network is doing its part to ensure Labour’s candidates look and sound like the country. We have trained more women than ever in the last 12 months, through our candidate selection training and the LWN Political School, virtually and face to face. There is no shortage of women coming forward. We had to double our training team to meet the demand, and are immensely proud of the diverse, talented graduates – from the breadth of the country, and all shades of red – who emerge from our courses better prepared to stand and to lead.

Labour’s NEC must now do its part too. Vote to halve the lengthy process. Vote for spending caps, so that low-income no longer means no chance. Vote for a process in which diversity is paramount, not an after-thought. Vote for selections fitting for this millennium. 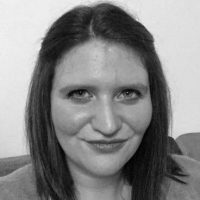 View all articles by Claire Reynolds