22 Labour MPs broke the whip to vote against a ban on boycotts of Israel in public pension funds, an amendment proposed by ex-minister Robert Jenrick and co-sponsored by three Labour MPs despite an instruction to abstain.

Jenrick’s public service pension schemes amendment, which passed with 296 MPs in favour and 81 against, will enable ministers to stop authorities from making investment decisions that conflict with UK foreign policy.

Those Labour MPs who defied the whip to abstain, and instead joined the SNP and Lib Dems to vote against the amendment, included John McDonnell, Richard Burgon, Zarah Sultana and Yasmin Qureshi.

Dame Margaret Hodge, Christian Wakeford and Steve McCabe sponsored Jenrick’s amendment, and recent defector Wakeford spoke in favour of it during the debate. None of the three voted for the move, however.

Jenrick asked why Israel is “held to a higher standard than every other country in the world”. He criticised the “selective” targeting by the BDS movement, which he described as the “pet project of a small minority”.

During the debate in the House of Commons today, McDonnell spoke against the amendment, saying he has argued within his own pension scheme against investments in Saudi Arabia and China as well as Israel. 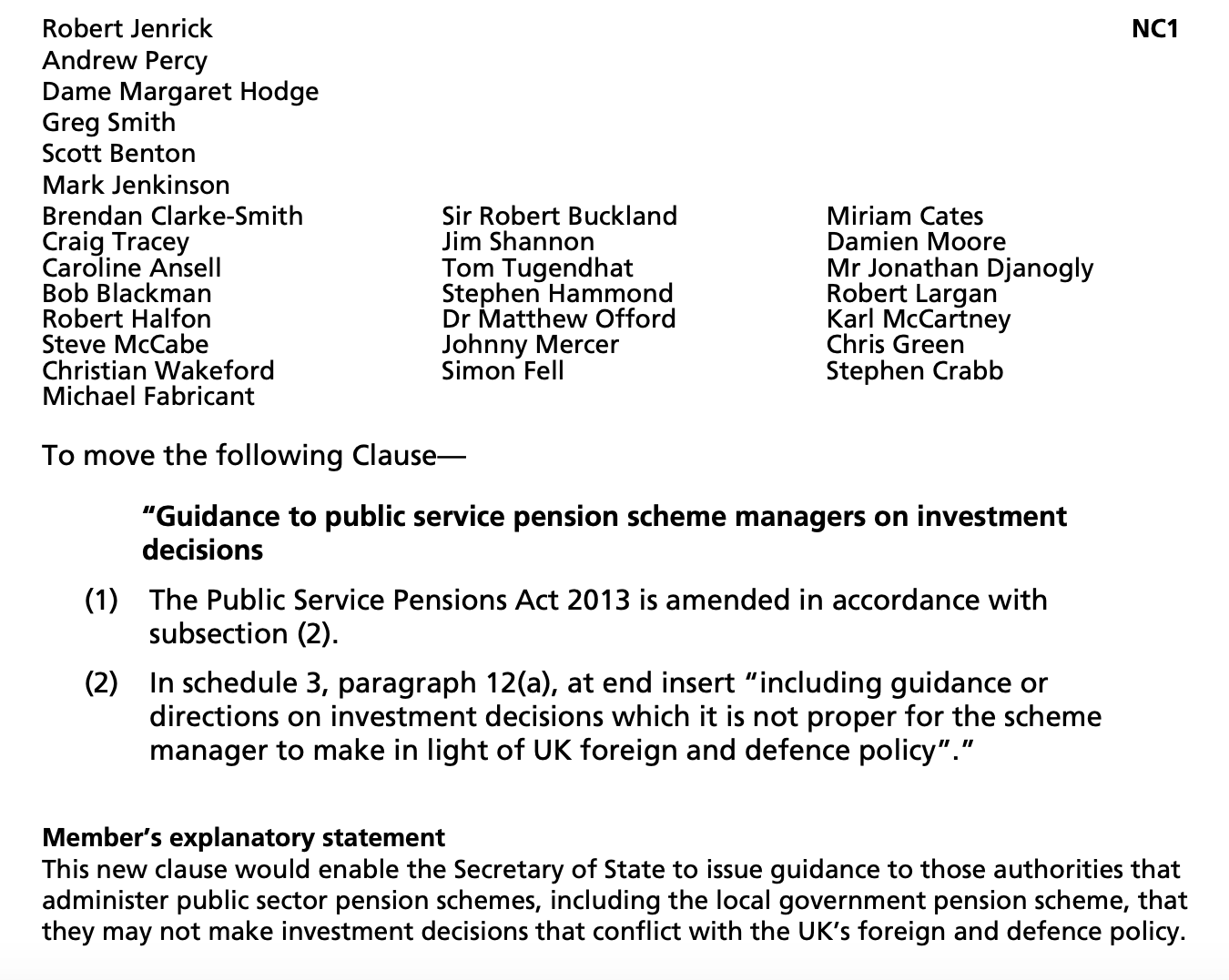