When we run political training events for union activists, we usually start with a bit of history. We get out the People’s History Museum’s print of the minutes of the first Parliamentary Labour Party meeting and discuss them as a group. When those first Labour MPs met, trade unionists one and all, they discussed their shared priorities – including union rights, school meals, women’s representation, pensions, housing, the length of the working day, safety at work. Sound familiar? Frankly, those could be the minutes from last week.

Trade unions were founded in the heat of the industrial revolution to fight for better pay and conditions, and unions are organising, campaigning, negotiating and winning for working people across the UK every single day. Want a better deal at work? Join a union. But we also need a government that will deliver for workers: enshrining the rights that workers should be able to rely on, giving unions new rights to help them organise and win for their members, undoing the unfair restrictions on unions taking action to defend their members’ pay and conditions, and putting power back into the hands of working people.

That’s why Labour’s new deal for working people is so important. Drawn up by Andy McDonald, in partnership with the affiliated unions, and launched at conference last year by Angela Rayner, Keir Starmer has pledged that it will be signed into law within 100 days of Labour winning government. This is the trade union link in action.

Better rights, stronger unions, higher pay – a comprehensive plan to improve the lives of working people by strengthening individual and collective rights. It’s a policy platform we can unite around, and that we can be proud of.

What can Labour and union activists do to help build support for the new deal AND strengthen the union link? Read it. Back it. Share it.

The new deal is not just the right plan for government – it’s also a key part of our route to winning power. To win the support of the broad coalition of voters that we need to unite in order to win, we have to demonstrate we understand voters’ lives and can be trusted to improve them.

Bills are rocketing, but the value of workers’ pay packets is going down. After 12 years of Tory government, in-work poverty is at a record high, with one in six working families in poverty. Britain needs a pay rise – and Labour has a clear plan to raise wages with stronger union rights to help unions organise and win, and fair pay agreements to raise pay and conditions across whole sectors. Issues around the world of work unite voters in every part of the country – that’s why Labour’s plan to improve work, jobs and pay must be at the heart of the story we’re telling to the country, and form a core part of the vision that we use to inspire voters.

It is our links to the labour movement that make us the Party of Labour, and that give us a unique insight into the lives of the working people we seek to represent. This HeartUnions week, it’s been a joy to see Labour representatives and activists come together and celebrate the trade union movement and urge everyone to join a union. The union link has existed for over a century, but it must be worked at, safeguarded and strengthened for the future.

If we can get this right, together the Labour Party and wider labour movement can shape a vision that will transform lives, and also win hearts, minds and votes. Just as those first Labour MPs set out to do in 1906, we can deliver on our primary purpose: to govern in the interests of working people, their families and communities. 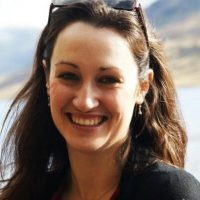 View all articles by Helen Pearce