As socialists, we understand that transformative change does not come from any one individual – but from the ideas, creativity and energy in our movement. Our collectivity is our greatest strength.

Last year, we at Momentum unleashed that collective strength by running our first ever policy primary. Dozens of local groups and campaigning organisations met across the country to discuss and develop a policy programme for Labour conference 2021.

The appetite for transformative change that emerged during the Corbyn years has not gone away. In fact, the multiple crises of Covid, climate and inequality highlighted the need to go further still. Bland centrist platitudes don’t cut it when the world is burning and a handful of billionaires own half the world’s wealth. In the end, over 3,000 of our members voted for a final list of eight radical policies that became Momentum’s policy platform for conference.

At conference, working with allies across the movement, we passed a number of flagship policies: a £15 an hour minimum wage, a socialist Green Deal and the building of hundreds of thousands of council homes. These were achieved with hefty majorities of members and unions, proving the popularity of our agenda across the whole of the labour movement.

We showed our strength at Labour conference – while Keir Starmer proved that his ten pledges weren’t worth the paper he wrote them on. Now, six months or so on from conference, Starmer drifts ever further to the right in a desperate attempt to placate the billionaire press barons and big business. While our movement looks for solutions to today’s crises, Keir Starmer is rewinding to retro-Blairism.

One of the intended effects of this neo-Blairite turn is to actively disillusion and demobilise Labour members. Suspending Jeremy Corbyn, ignoring conference policy, going back on Keir’s own pledges – the calculation is that Labour members will take these decisions as a signal and become disaffected enough to leave the party, or else sit quietly as the party drifts rightwards. But we cannot cede that ground to them.

Despite the disappointment of 2019, the left is stronger than many give it credit for. The Socialist Campaign Group is around 35-strong, we have hundreds of socialist councillors up and down the country, and there are tens of thousands of socialist activists who are committed to building a socialist Labour Party.

We must also draw strength from how our ideas resonate amongst the population. A higher minimum wage, radical action on the climate crisis, public ownership of energy, mail and rail – as polls have consistently shown, our ideas appeal to the needs and hearts of society at large. They are also the only measures that are commensurate with the crises we face.

But how do we bring these ideas into fruition, while recognising the challenges of the current political moment? Though we may have a leadership of the Labour Party that is actively resistant to radical policy, this does not make the question any less important. We can only win if we fight on several fronts. Policy campaigns – at Labour conference and in the country – aren’t an end in themselves. But they are an important tactic in the left’s arsenal, and if they resonate with the wider public, they can produce enough pressure to force political leaders into changing course. Marcus Rashford’s campaign for free school meals was a case in point.

With the ‘cost-of-living crisis’ due to bite this year, Momentum’s policy primary will give our movement a real opportunity to collectively come up with policy positions that respond to the political moment and build the coalitions we need to win with trade unions and civil society. Right now, people need more than VAT cuts on energy bills. At a time when bankers and oil companies are raking it in, while workers face unjust tax rises and skyrocketing bills, we can build the pressure for the transformative policy we need.

It’s vital, too, that we keep up that pressure continuously in the run up to the next general election manifesto. Every motion passed strengthens our arguments to take to the pivotal Clause V meeting, where coordination between trade unions and national executive committee (NEC) representatives will be vital. Passing policy at conference may not be decisive, but it’s an important pillar in a wider strategy.

What must follow now is a movement-wide debate as to how we can use policy campaigns effectively. What policies do we want to push as part of our primary? How can we use policy to put pressure on the leadership? How can we link up our policy demands with extra-parliamentary movements? If you are interested in our movement’s strategy going forward, join Momentum’s national call this evening at 7pm. 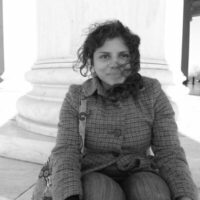