In 2012, Bristol was the only city to vote ‘yes’ to switching to a directly-elected mayor. At the time, Labour in Bristol was fairly lukewarm to the idea, but since then the leadership, accountability and profile brought to the city by an elected mayor has proved its worth. From delivering on manifesto pledges on housing, the environment and inequality, to gaining international recognition for the City’s response to the toppling of the Edward Colston statue, there’s no question that having an elected mayor has been positive for Bristol.

Last May, the Tory and Lib Dem mayoral candidates ran on platforms of abolishing the mayoral position and could only muster 30% of the vote between them. Despite this, and the fact that the mayoral model is supported by unions, community organisations and businesses across the city, councillors from the Conservatives, Lib Dems and now Greens voted to hold referendum in May to give Bristolians a choice between sticking with the mayoral model or moving to a committee system. Labour voted against the referendum. The third possible option of a council leader and cabinet, which is the preference of many opponents of a mayoral system, will not be on the ballot when the vote is held on May 5th.

Reverting to a committee system would be a step backwards. Before we had an elected mayor, Bristol was a city defined by deadlock. The lack of leadership, whether it was caused by squabbling between the parties, or within the parties as councillors manoeuvred for positions, led to us gaining a reputation as a city where things wouldn’t get done. Elections every year (rather than the all-outs every four years we have now) certainly didn’t help, and neither did political instability in the other neighbouring authorities. But it was the election of the mayor, above all, that gave Bristol the sense of purpose and direction it had been so sorely lacking.

A return to the discredited committee system would mean a return to squabbling, with the need to seek compromise and political advantage at every turn, and a fear of making necessary but unpopular decisions. In some committee systems, the positions of committee leads are assigned proportionally to councillor numbers, meaning that in a city as progressive as Bristol, we could have Tories forcing through, or blocking, policy – despite receiving a fraction of the city-wide votes that Labour receives.

Difficult decisions would result in a deadlock, with nobody wanting to claim responsibility for them. And with no party in overall control, or no elected leader, the public wouldn’t know who to blame for bad decisions, nor would they have the power to remove those responsible.

Bristol is a progressive city, but the other members of the West of England Combined Authority (WECA) are not. Getting rid of a mayor would reduce Bristol’s influence within the WECA and increase the chance of regressive decisions being imposed upon Bristol against our will.

The criticisms of the mayoral system often focus on accountability, which largely miss the point that a mayor is directly accountable to the public. If faced with the choice of whether we want 360,000 Bristolians to choose who leads the city or half of Bristol’s 70 councillors, the former of these options is much more democratic. Claims that the mayor’s power is unchecked are far from true; indeed, this is the only model that gives public the direct ability to remove a city leader.

Instead of a mandate from the city as a whole, we would have a council leader elected by just a handful of councillors. They would answer firstly to them, rather than to the electorate, and could be removed as leader without voters having any say at all. A huge number of executive decisions would be made by faceless committees rather than a visible and directly accountable mayor and his cabinet.

One of the main benefits of a mayor is the visibility it brings, and with visibility comes increased accountability – as the public will know who’s responsible for decision-making. Since becoming a councillor, I’ve tried to make myself as known as possible, but I won’t kid myself that I have a fraction of the visibility of mayor Marvin Rees or former mayor George Ferguson.

As the first directly elected Black mayor in Europe, Marvin has served as a role model and inspiration for many. And George Ferguson was a controversial figure, but nobody can deny that he put Bristol on the map.

The mayoral system brings a level of accountability, efficiency and visibility that other systems simply can’t offer. Bristol Labour will be campaigning for Bristolians to retain their right to choose who leads the city, in the full knowledge that this is the best option for Bristol, for Labour and for the people we seek to represent.

Want to know the other side of the argument? Read ‘Why Labour members should vote to scrap Bristol’s elected mayor‘. 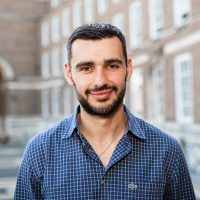 Marley Bennett is Labour councillor for Eastville ward in Bristol.

View all articles by Marley Bennett