Bristol voted in 2012 to establish an elected mayor. It was the only city, of the ten that had referendums that day, to do so. Since then, Bristol has had two mayors: independent George Ferguson, who left a huge black hole in the city’s budget; and Labour’s Marvin Rees, who has overseen considerable housebuilding and growth for the city.

The mayoral system strips councillors of their power, relegating them to only controlling the quasi-judicial functions of a council (licensing and planning), and being locked out of political decision-making. A two-thirds majority of councillors is needed to overturn a mayor’s budget or key policy decisions. The mayor cannot be removed from office by the council, unlike a council leader.

Those who support the mayoral system say the system ‘gets things done’. They’re right that unchecked power is more efficient than scrutiny and accountability, but that’s not a price we should be willing to pay. Good governance is about finding a balance between democracy and efficiency.

The alternative on the ballot paper – the committee system – would hand executive power to cross-party, but politically proportionate, committees of councillors. It is not my preferred system, which would be the Westminster-type leader and cabinet model, but it is better than having one person instilled with so much unchecked power.

Mayor Marvin Rees and the Labour councillors have begun their campaign to retain the status quo and are urging people not to turn this into a referendum on Rees himself – an undeniably divisive figure in the city. They quite rightly point out that whatever the outcome, he will remain in office until the end of this term, his second, and has already said he will not be seeking a third. But they seem to be under the impression that whoever replaces him will also be a Labour mayor.

In the mayoral election in May, Rees’ majority was cut in half and a 12% swing to the Greens saw them enter the second-round run-off. Likewise, in the council election, Labour lost its majority and instead it returned equal numbers of Green and Labour councillors, with the Greens marginally winning the popular vote.

Bristol is not a ‘safe’ Labour area. It is politically tempestuous and has been for decades. It may suit Labour to champion this ‘winner-takes-all’ approach right now, but it is short-sighted. I do not want to see the Green Party in control of Bristol. Whenever they have been handed executive power, it has been an unmitigated disaster. But I fear that if we have another mayoral election, they will win, and Labour councillors will be powerless.

Want to know the other side of the argument? Read ‘Leadership, accountability, profile: why Labour backs an elected mayor in Bristol‘. 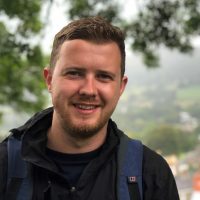 Joe Rayment was a Labour councillor in Bath and North East Somerset, Labour's parliamentary candidate for Bath in 2017, and a candidate in the 2021 Bristol Council elections.

View all articles by Joe Rayment