The House of Lords showed its overwhelming cross-party support for victims of forced organ harvesting and genocide in China when my forced organ harvesting amendment to the health and care bill won a comfortable majority, 203 votes to 159. The government has not yet backed the amendment, yet we know many MPs also feel strongly on this issue as we wait for the much anticipated ‘ping pong’ stage to commence.

In 2019, a group of 53 cross-party MPs signed the ‘forced live organ extraction from prisoners of conscience in China‘ early day motion, which “urges the UK government to prohibit UK citizens from travelling to China for the purpose of receiving organ transplants; and calls on the UK government to give urgent consideration to other measures it could take to hold China to account for this alleged practice and to condemn it in the highest possible terms”.

Forced organ harvesting in China is the crime of forcibly extracting organs from prisoners of conscience, killing the victim in the process. The harvested organs are sold to Chinese officials, Chinese nationals or foreigners for transplantation on a killed-to-order basis.

After 12 months of reviewing all available evidence, the China Tribunal –  an independent people’s tribunal established to inquire into forced organ harvesting in China and chaired by lead prosecutor of Slobodan Milosevic Sir Geoffrey Nice QC – released its full report in March 2020. The judgement stated: “Forced organ harvesting has been committed for years throughout China on a significant scale and… Falun Gong practitioners have been one – and probably the main – source of organ supply.” It added: “In regard to the Uyghurs, the Tribunal had evidence of medical testing on a scale that could allow them, amongst other uses, to become an ‘organ bank’.”

My amendment seeks to protect UK citizens from complicity in forced organ harvesting and organ trafficking by prohibiting UK citizens from travelling to countries such as China – though the wording of the amendment is not country-specific – for the purpose of organ transplantation.

The restrictions are based on ensuring appropriate consent, no coercion and no financial gain. If appropriate consent is not given, the country supplying the organ must have a legitimate opt-out system in place and the country must not be considered to be committing genocide by resolution of the House of Commons. This will be based on an annual assessment by the Secretary of State.

There are two main reasons that the government has laid out for not backing the vote. Its first concern is very sick patients travelling abroad for organs without fully realising how the organ was sourced. I would say, however, there are two ways that this potential issue can be avoided: one is thoroughly informing patients; the other is the fact that legal prosecution is based on intent, so it would not criminalise such patients.

The second reason offered by the government is that the issue is not a big enough problem to warrant the additional burden on the NHS. They say very few UK citizens travel abroad for organs. I would reply that we are talking about a genocide, and however few UK citizens might partake, we have a duty to act.

After sponsoring the organ donation (deemed consent) bill, now the Organ Donation (Deemed Consent) Act, I felt it was important that the public felt full trust in our ethics surrounding organ transplantation for the opt-out system to work well. Currently, the Human Tissue Act ensures that organ transplantation within the UK is kept to the highest ethical standards. However, British citizens can travel abroad for the purpose of organ transplantation with no consent, nor any financial or coercion restrictions, and can travel back home to UK for aftercare from the NHS when the transaction takes place abroad. It is about time that we addressed this legislative gap to give the UK public full confidence in our organ transplantation ethics, while showing support for the victims of such heinous crimes. 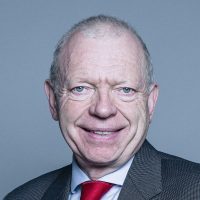 Philip Hunt, Baron Hunt of Kings Heath, is a Labour peer in the House of Lords.

View all articles by Phil Hunt