Over half of UK workers believe they have been subject to some form of surveillance and monitoring at work, according to new polling by the TUC and Britain Thinks. The rise of digital surveillance has been one of the under-reported stories of the pandemic. This software is largely unregulated but, along with AI and the automated use of data, has the power to hire, track, watch, promote and fire us. New tools also promise employers that they can check whether we are happy and engaged at work.

Surveillance isn’t new, but the rise of monitoring software in response to remote and hybrid working is turning it into a critical question for debates about the future of work. This latest polling by the TUC builds on Prospect’s research which shows workers are increasingly uneasy about how their data is being used at work. Our polling with Opinium in November 2021 found that one in three British workers reported being subject to some form of digital monitoring at work. 13% of homeworkers said that they were monitored by webcam, whilst 10% reported email/chat response time monitoring. These, of course, are only the people who are actually aware of such monitoring.

For remote workers, the change is even more dramatic. Between April and October last year, the proportion of home workers subject to camera monitoring more than doubled from 5% to 13%. The research also made clear the extent of worker opposition to this technology, finding that 80% of UK workers believed the use of webcams to monitor remote workers should be banned.

The rapid advance of digital technologies into workspaces means employers are accumulating huge amounts of data on their workforces, with little discussion about what this may mean for us as individuals and our rights at work. This growth in new technology is part of a wider reshaping of our working lives. As many of us experienced during the pandemic, technology can keep us safe, connected and working. Yet it is also changing how we are managed and how we relate to one other.

Digital technology was already blurring the lines between home and work before the pandemic. The drive for flexible and hybrid working will make us further reliant on technology, but just how far are we prepared to go, and what safeguards will be put in place? Microsoft’s latest move into the metaverse promises a fully immersive experience for workers from the factory floor to the meeting room. Another take would be that it could open the door to a level of data-driven management and surveillance we have not yet seen.

On a larger scale, connectivity and data are increasingly replacing physical assets in defining economic power. These changes to our economic model will continue to accelerate over the next few years and inevitably bleed further into the world of work. The rights we as workers have over how our data is used is the new frontline of industrial relations. In the UK, these rights are further under threat from deregulation by the government. Brexit zeal threatens to weaken GDPR protections over our data rights, whilst some wish to scrap our right to have human review of decisions made by algorithms.

Prospect has argued – alongside other unions, privacy campaigners and legal experts – that much clearer direction is required to ensure employers are aware of their legal obligations, and the lawful basis upon which workers’ data can be used. Better embedding and enforcing of existing legal protections would be a great start, but not the end of this conversation.

We have been campaigning, alongside tech-minded MPs such as Chi Onwurah, for the Information Commissioner’s Office (ICO) to update its employment practices guidance, on which it has just completed a consultation. As mass data collection and AI become more integrated into business practices, used in everything from recruitment to performance management, we need a thorough reassessment of the legal protections available to workers. Good HR and employee relations practice requires face-to-face, human interaction and emotional intelligence: it can’t be outsourced to an algorithm.

Unions are going to be vital in the coming battle between novel management practice and workers’ rights. If your union is not already becoming increasingly active on digital rights, it should be. The TUC has established an AI Working Group bringing together affiliates to share information and set out a policy agenda.  Prospect is working with sibling unions in UNI Global Union to share digital organising ideas and to track unaccountable decisions by Big Tech wherever it operates.  We recently published a digital rights bargaining guide and we are identifying new data reps to sit alongside more traditional roles, such as health and safety reps. Data should be part of collective bargaining arrangements where unions are recognised, in the same way as for pay, and terms and conditions.

Technology has the potential to help make work better for millions of people, and to catalyse the transition to flexible working that many of us have long argued for – but it also presents challenges. Unless we get a grip on the mission creep of invasive technology now, we will be playing catch up for years to come. 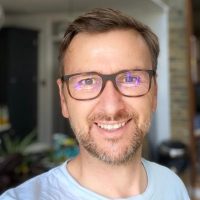 Andrew Pakes is research director at Prospect. He stood as Labour's parliamentary candidate for Milton Keynes South in 2015.

View all articles by Andrew Pakes