I want to begin my first piece in the ‘View from the Senedd’ series by saying diolch (thanks in Welsh) to the LabourList editorial team for giving me the opportunity to write for them. Once a month, I will highlight some of the important work being carried out by Welsh Labour in government but also by individual members of our 30-strong Labour Senedd group, which represents every corner of Wales.

In the almost 23 years I have served in the Senedd (previously the national assembly), I would argue the role and the work of our devolved administrations has never been more in the political spotlight than it is now because of the pandemic. For too long, the political debate and reporting of our politics has been done primarily through the lens of what happens at Westminster, not just among the public, but also within the Labour Party itself.

One of the very few positives of the last two years has been the increased awareness of the everyday issues for which our devolved administrations are responsible. To name just a few, our Welsh government oversees schools, hospitals, transport and tackling the climate emergency. Hopefully, in time, further areas such as policing and criminal justice will come our way, which I’ll address in a future piece. These are the bread-and-butter issues that people across Wales will contact their local politicians about on a day-to-day basis. Even a lot of the work to do with supporting Ukrainian refugees comes under Welsh government responsibility and its work with local councils because of the direct impact it will have on everyday services.

At our Welsh Labour conference in Llandudno last month, party members overwhelmingly supported a motion to increase the number of Senedd members (more on this later). We have come a long way as a party since the Welsh devolution referendum 25 years ago, when a lot of our membership was lukewarm about the creation of a national assembly for Wales. I have always been a proud advocate of Welsh devolution and served as the chair of the ‘Yes’ campaign vote in Newport. As readers may (or may not) know, the Yes vote was won by the narrowest of margins: 50.3% in favour to 49.7% against – and people thought the Brexit vote was close!

The Labour Party’s relationship with devolution in Wales has been a topsy-turvy journey at times, but when we had a further referendum in 2011 – asking whether the assembly should be given primary legislation-making powers – the Yes campaign, which I again was a part of, won by a far more emphatic margin, with 63.5% voting in favour to 36.5% against. Even my Newport constituents, who in 1997 voted ‘No’, were then in favour of strengthening Welsh devolution.

Increasing the size of the Senedd – which currently sits at 60 members, 14 of whom have government responsibilities – is not a new debate. In 2002, with the assembly still very much in its infancy, the Richard commission, also known as the commission on the powers and electoral arrangements of the national assembly for Wales, was established. One of its key recommendations was to increase the membership of the institution to 80. Despite this recommendation, there wasn’t enthusiasm for more members with many in Welsh Labour taking the view that the assembly should ‘learn to walk before it can run’.

Obviously, attitudes are very different now within Welsh Labour and that was evident in the motion to back Senedd expansion at our recent conference. I was very pleased to have the opportunity to speak in favour of the motion and said we need more resources and capacity if we are to deliver the stronger, greener and fairer Wales for which we are all striving. Making the argument for more politicians is never easy and has been even more difficult in the recent political climate, which since the 2016 Brexit referendum has been exploited by right-wing populist politicians – something we unfortunately had experiences of here in Wales during the last Senedd term with the different variations of UKIP in the Siambr.

Apart from the Welsh Conservatives who, in my opinion, are putting party politics before the interests of Wales on this issue, I am pleased that there is now a majority consensus in the Senedd for increasing the membership. There is also a commitment as part of Welsh Labour’s cooperation agreement with Plaid Cymru to work together on Senedd reform, with plans based on 80 to 100 Members.

At present, we are seriously under-resourced and underpowered as a parliament, and those additional members will play a critical role in delivering better scrutiny and more informed decision making as we deal with the growing breadth and depth of powers and responsibilities that become devolved. This isn’t a vanity project as some on the political right and opponents of Welsh devolution like to claim. It is practical so we are in the best possible place to deliver for the people and communities of Wales, which I and my Welsh Labour colleagues are proud to represent in the Senedd. 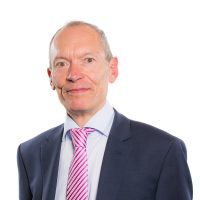