You can’t begin to understand the times we live in without first recognising the scale and pace of ecological destruction that has taken place over the past 50 years. Since 1970, the world has witnessed an average 68% collapse in mammal, bird, fish, reptile and amphibian populations. In that same period, 17% of the Amazon has been lost, meaning that the rainforest today emits more CO2 than it absorbs. Meanwhile, our oceans – the world’s largest carbon sink – are being pushed to the brink by overfishing and soaring temperatures.

This isn’t just a problem for the nature lovers amongst us or for the good people at the BBC’s natural history unit. It could spell catastrophe for all of us. From Covid to the wildfires devastating the Arctic, the great crises of our age are all directly linked to our degradation of the natural world. Just as the window to cut emissions is rapidly disappearing, so too is the time we have left to stop this wanton destruction.

It’s against this backdrop that world leaders will meet in Kunming, China, later this year for the COP15 conference on biological diversity. This is the international community’s best and perhaps last chance to agree binding and ambitious targets not just to halt, but to actively reverse ecological and biodiversity loss. And while COP15 may lack the brand awareness of last year’s COP26 conference on climate change, its outcomes are every bit as important for our future.

Hosting last year’s talks in Glasgow, the UK government sought to position itself as a world leader in the charge to net zero. And while subsequent events – from re-opening the door to fracking to the shambolic energy security strategy – have shown just how hollow much of Boris Johnson’s rhetoric was, there’s no reason why we should be any less ambitious ahead of this historic meeting in Kunming. Decisive action is needed. And Britain should be leading the way.

It is for that reason that I was delighted to join colleagues from all parties at a reception in parliament last week called ‘standing up for a nature-positive world’. Hosted by the environment all-party parliamentary group, Zero Hour, WWF and others, the reception was an opportunity to demonstrate genuine cross-party support for agreeing bold action at COP15.

None of the attendees at that reception underestimated the scale of the challenge we face. But we all understood that there are reasons to be hopeful too. One of those reasons is the climate and ecology bill, which was recently brought back to the House of Lords by Lord Redesdale. I was one of the bill’s earliest supporters, because it is the only proposed legislation ever to be brought before parliament that understands the relationship between the climate and ecological crises and that ensures a comprehensive and joined-up approach to the nature-climate emergency.

Zero Hour, the campaign behind the climate and ecology bill, have set out the following proposals for the global biodiversity framework (GBF) that is due to be adopted at COP15:

COP15 is an opportunity to put the principles of the climate and ecology bill into action on a global scale. It is vital it remains at the top of the political agenda. In the months ahead, I’ll keep fighting for the government to go into the COP15 negotiations with an ambition that matches the enormity of the challenge we face. I urge all my Labour colleagues to do the same and show their support for the climate and ecology bill by contacting [email protected]. 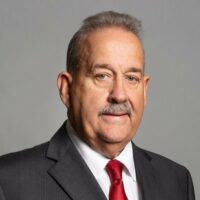 Mick Whitley is the Labour MP for Birkenhead.

View all articles by Mick Whitley