Defence is one area of public expenditure where the Labour Party can comfortably speak about limitations and priorities. While our ambitions for social reform at home often appear boundless, many in the party have more modest visions for Britain’s role in the world. Some members aren’t simply ambivalent to Britain acting globally but outright averse to it. This is particularly true of the left of the party. Yet this is not a clear-cut factional issue. Politics and above all economics has put constraints on the internationalist aspirations of the Labour right.

It was, after all, Denis Healey who began the country’s withdrawal East of Suez. In 1966, when defending his decision to close Britain’s base at Aden, in the face of stern opposition from the Tory frontbench, he spoke of the “natural limitations which the facts impose on our foreign policy and military capability”. Boris Johnson’s choice of the Arabian Peninsula as the location for his speech, as Foreign Secretary, declaring “Britain is back East of Suez” was likely no coincidence. Now, as Prime Minister, he has set out making this statement a reality. Since last year’s publication of the integrated review, which gave particular attention to the Indo-Pacific tilt, the government has announced a series of economic and military partnerships which further embed the UK’s presence on the other side of the world.

If Labour wins the next general election it is another Mr Healey, Shadow Defence Minister John Healey, who will shape how far this tilt goes or indeed if it continues at all. And if recent remarks from Labour’s frontbench are anything to go by you might be inclined to suspect the latter. The current Mr Healy has been pretty scathing of the “tilt”, branding it one of the integrated review’s “fundamental flaws”. In a recent speech to Chatham House, his emphasis on the North Atlantic Treaty Organisation (NATO) was telling. For the less astute he spelt it out: “The first priority for Britain’s armed forces must be where the threats are greatest… and this is in the NATO area. In Europe, the North Atlantic and the Arctic. This is our neighbourhood.”

You can’t argue with that. Yet, while Britain cannot deny its geography, Labour should heed the words of the former Mr Healey: “Outside the NATO area Britain’s survival has never been at stake” he wrote, in his memoir The Time of My Life, “but Britain has had important interests in many other parts of the world.”

The integrated review makes clear that Britain has an interest in seizing the growing opportunities in the Indo-Pacific and addressing the most pressing global challenges there, not least rule-and-norm-defining geopolitical competition. The Labour frontbench do not appear to dispute this. Much of their criticism of the ’tilt’ centres around what they call Johnson’s fantastical and gung-ho trumpeting of ‘global Britain’ rather than its actual substance. Moreover, while they continue to stress their commitment to being good Europeans they have also recognised, on occasions more quickly than the Conservatives, the threat posed by an increasingly revisionist China in the region and have supported actions, like the formation of the AUKUS security pact, to counter this threat.

As such, it does not make sense for Labour to present the debate over the future of British foreign policy as a binary choice between Europe and the world. When it comes to the ‘tilt’, Labour in the coming months and years should spell out what it believes to be Britain’s interests in the region and explain how it will deploy the country’s limited resources, in concert with like-minded partners, to secure them. Here, talking specifics would help.

Taiwan remains one of the region’s most volatile flashpoints which, if set off, could see the world’s two greatest powers – the US and China – at war. A Chinese annexation of Taiwan, to put it crudely, would be to the Indo-Pacific what Russia’s invasion of Ukraine has been for Europe. The disruption to the global economy would, in fact, likely be greater given how critical Taiwan is to the production of semiconductor chips.

Additional British interests would also be threatened: the US’s status in the region and its ability to shape the rules and norms there would be severely undermined; other close regional partners, such as Japan and Australia, may feel increasingly vulnerable; and the principle of sovereignty and self-determination would be once again assaulted as a vibrant liberal democracy is subsumed into an authoritarian empire. Despite this, on a war over Taiwan, John Healey said in his Chatham House talk that he would “focus on the what now, rather than the what ifs”.

While it is true that a Strait’s crisis is not imminent, as I argue in a paper for the New Diplomacy Project, a balance must be struck between alarmism and complacency. Clearly the situation is pressing enough for the US to hold top-level talks with the UK, for the first time, on cooperation to reduce the chances of war and to explore conflict contingency plans.

Labour should start to think about what Britain can meaningfully contribute should the worst happen to Taiwan – be that in the form of military aid to the Taiwanese or direct assistance alongside the US and other allies. By thinking about what is affordable and logistically feasible in advance, for this scenario and others, a future Labour government should be able to play its part in the Indo-Pacific without undermining its leading role in NATO. After all, “the question”, as Dennis Healy put it in one his 1966 parliamentary debates on defence, “is not whether Britain has a world role or not – she must have one – but what part her military forces outside Europe can play, at reasonable cost, in supporting it”. 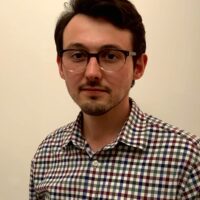 Gray Sergeant is Labour activist in south Essex, chair of Hong Kong Watch and an associate fellow at the Council on Geostrategy.

View all articles by Gray Sergeant