90 minutes into what felt like the millionth Tory leadership hustings, Rishi Sunak uttered the words of a campaign death rattle. He wants a new life sentence without parole for those involved in drug gangs. Regardless of the obvious ‘red meat’ on offer and playing to the crowd of Tory members present in Darlington, I can’t stress how utterly ridiculous this is.

I was groomed into a gang as a teenager. I was homeless, kicked out by my parents who couldn’t cope with my rebellious streak, and vulnerable, just like many others we hear about. It wasn’t drug related, but I was told I would be asked to “run a few errands” by men a lot older, bigger and more intimidating than me. If I am honest, I was desperate and grateful to have a roof over my head.

After six long months, I managed to leave that world behind. The police caught up within a matter of months. I was sentenced to prison and given a suspended sentence. As much as I felt I was a victim, it was correct for them to do so. During my community service, I found out there was a price on my head if someone successfully killed me. I was 19 years of age.

I was supported by family friends afterwards and guided towards a better path. This October, I will have worked in Westminster for four years for five frontbench politicians. I have assisted people with their lives, fed into general election manifestos, drafted legislation to help working people and more. The reason I became political was precisely because of the experiences I had been through. I wanted to help other people like me.

I’d wager a bet that none of Rishi Sunak’s friends growing up were in care, abused, homeless, permanently excluded from school or ended up in prison. If they had been, he would already know that nearly 50% of under 21-year-olds in contact with the criminal justice system have spent time in care. This is despite less than 1% of the population having been in the care system. This scandalous figure becomes more troubling when we consider that just 2% of children are in care as a result of their own “socially unacceptable behaviour”, while 60% are there because of traumatic abuse and neglect.

Sunak would know that 33% of rough sleepers have spent time in prison and that 79% of prisoners who were reported homeless before entering prison reoffended within a year. He would also know that 63% of the prison population has been excluded from school. The police, the Department for Education and the government know all too well the common factors that contribute towards young people ending up behind bars.

If Sunak really is for ‘sound money’, he may be concerned that we have the largest prison population in western Europe and we are building even more prisons (we currently have 117), which are run by private companies who want to continue expanding for profit. Each prisoner costs around £65,000 per year to imprison, and reoffending costs the Home Office close to £18bn per year. That is not “sound money”

Shadow Justice Secretary Steve Reed spoke in February about Labour previously “caring about the criminals more than their victims” and how Blair was right to be “tough on crime, tough on the causes of crime”. Reed also confusingly said that rehabilitation of prisoners was important but added: “If you over-focus on the things that have happened in people’s lives that lead them to offend, it can sound like you’re trying to excuse what they’ve done.” I was sorry to learn that part of his view is moulded from having had a knife to his neck many years ago. I too have had a knife to my neck, but I disagree with Reed.

There must be a healthy medium between crime and punishment and rehabilitation of young people. I appreciate the political point-scoring of painting the Tories as weak on crime and Labour as tough, but we must be better than this. We must want to change people’s lives for the better, even those who make mistakes. To be clear, I don’t mean rapists, murderers and paedophiles, who are a different conversation altogether. I mean young people who have already been failed by a state that hasn’t cared for them.

We could follow the lead of Scotland’s violence reduction unit, which takes the transformative and enviable approach of treating violent crime as a public health issue. This approach is rooted in the understanding that violence at the level of culture behaves much like a contagious disease and is likelier to present and spread in specific conditions. This led to violent crime in Scotland being cut by 50% in ten years.

Labour should also create incentives for foster caring, as kids in care are up to 50 times more likely to end up in prison. It could potentially cut out a huge number of lives lost being behind bars. We should look to invest and increase counselling to those known to social services and include more support workers with relevant experience in schools. We should also incentivise schools to reduce expulsions. When you expel a child from school and send them to a pupil referral unit, you may as well hand them the prison sentence there and then.

I don’t want to turn into a country like America where the elite have shares in prisons and profit from the incarceration of more people. Every generation pretends gang crime is a new problem – we have had violent teen gang crime for 150 to 200 years, and all the social indicators have remained exactly the same in that time: poverty, domestic abuse, exclusion from school.

If we are to be “tough on the causes of crime”, we need to tackle all the above. This could result in less people experiencing what I did and lead them towards a better future. 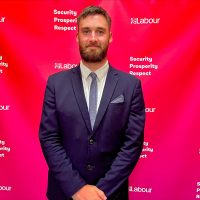 Matthew Torbitt is a communications advisor to Labour MPs and a national radio producer.

View all articles by Matthew Torbitt