Here at the Co-operative Party, we have just marked an incredible 95 years of our partnership with the Labour Party. At the time of signing our electoral agreement, the Co-operative Party stood its own candidates and had its own MPs and councillors elected on a solo ticket. Little did we know then that the special relationship between our party and Labour would last nearly a century later.

Like many long-standing relationships, the union between our parties has been able to stand the test of time due to our shared values and common goals – including the basic ambition to grow the co-operative movement here in the UK. In the 95 years since our first electoral agreement was signed, co-operative values have underpinned many of our sister party’s manifestos, at all levels of government.

On a national level, our shared ambition of doubling the size of the co-operative sector has been articulated throughout a number of Labour’s manifestos during general elections. In local government, local council groups and metro mayors across the country have run to advance co-operative principles within their own local areas. And in Wales, where Labour and Co-operative ministers are in power, the commitment to double the number of employee-owned businesses was at the heart of Welsh Labour’s agenda for government.

But this shared ambition is not built on blind faith. Instead, it’s built on the knowledge of the type of economy we want to create and knowing that co-operatives play a leading role in building a fairer, more equal society. We know co-operatives give focus to our longer-term goal of sharing power and wealth within society – rather than focusing on the short-term profiteering approach seen far too often within our current financial model. A co-operative’s inherent resilience means they’re more likely to prevail in challenging economic times compared to traditional businesses. They operate with the goal of investing back into the local community: adding greater social value to the local area, widening ownership, and better underpinning a more sustainable economy for all.

It’s easy to see why our movement holds the answers to many of the challenges our economy now faces. And why wouldn’t you want a flourishing co-operative sector right here in the UK? Countries across the world are leading by example when it comes to advancing and expanding their co-operative sectors. Yet here in the UK, where we arguably created the model on which many modern-day co-operatives were built, it seems puzzling that we have not fostered the economic model pioneered here during the industrial revolution.

As our country has sought to modernise and become the liberal economic powerhouse of the world, it was perhaps too quick to turn its back on the radical traditions of our economy and society. The co-operative sector is not, however, a relic from a bygone time. The co-operative sector has continue to thrive in the industries that provide life’s essentials – the provision of food, education, energy, and end of life care. The importance of these aspects of life have been sharply felt over the last few years due to the pandemic. Our co-operative sector is also vibrant, young, diverse, and often involved in some of the most cutting-edge industries. Parts of our business model have been copied and adapted by many.

After the tumult of the pandemic, we now face new challenges that business as usual will not solve. This means a different economic settlement must reached, with a strong and flourishing co-operative sector at its heart. Labour has identified the desperate need economic growth which is fair, resilient and based on increased productivity, and these are areas where co-operative enterprise can and must play an increased role.

Political power should use its means to facilitate growth and expansion of our movement. We can do this by extending the country’s developmental and support offerings for new co-operatives, providing education for professional services, introducing new capital raising instruments, and ensuring an adequate legislative framework is put in place.

As the partnership between the Co-operative Party and the Labour Party moves towards its centenary, it will be this shared ambition for co-operative growth which will sustain it and, in time, help build a brighter economic future for everyone. 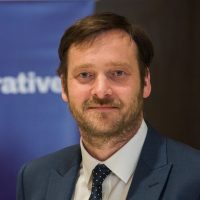