Sometimes, non-violent direct action works. Sometimes – when we have an absent government, a lack of effective coverage in the mainstream media and an ineffective opposition – it has to be used even in a democracy. Sometimes, it is all we have.

If two million people take to the streets of London, the October increase in energy bills could be stopped. Unlike multiple local demonstrations, using London would ensure global news coverage, top of the order. Yes, there would be the usual groups and placards, but two million would require much wider mobilisation. On that scale, only the TUC with UNISON and Unite could take on the necessary organisation, but the platform speakers (which few would actually listen to) would have to be led by Martin Lewis – not the usual politicians or general secretaries.

Protest against something or to stop something has a chance. We don’t need an alternative. We just need to share a reasonable belief that there are other ways to meet the crisis faced by so many on low incomes. Demonstrations to support our NHS have huge value but no short-term impact. The London demo in Trafalgar Square put an end to the poll tax.

‘Stop the rise’ means no increase for anyone. The energy companies will have to ask the government to subsidise their loss of income – which should be an interesting negotiation. And no rise means not just deferring the rise. We can all march again if necessary. I suspect the ‘can’t pay, won’t pay’ movement will not be able to recruit enough. It is too easy to pick off individuals, too easy to denigrate people refusing to pay. And somehow, sometime, payments would have to be made or waived, and that gets very complicated. But two million refusing to pay would be quite something!

Why not enforce a new system for household users which ends standing charges and where the rate of charge you pay increases as your consumption goes up? Progressive charging would be green and very fair. Let the better off who consume the most pay the most proportionately. Let them argue about what is justified and what is unreasonable profiteering. No rise for anyone using below a defined level. And if the energy companies cannot make that work, then we have shown regulation in the wider public interest fails and made the case for direct public ownership.

We have precedents of a kind with higher rates of VAT levied on ‘luxury’ goods. But we don’t need to overthink solutions – just march to stop the unfair and unacceptable. Hopefully, others will then make the case for all vital services. Some such as the NHS are free (ish), so extend that to social care. But, for regulated services not in public ownership, use charging methods that are fair, green and affordable. Make the case for the better off shouldering more of the burden. And if the politicians cannot or will not make that happen, then back to the streets.

As a youngster, I wrote about using direct action to stop animal rights abuses. Years later, I helped the people of Brightlingsea stop live exports through the town. As an Essex undergraduate, I helped keep this country out of the Vietnam War by simply being in Grosvenor Square with others. It does not always work – we marched in vain for the miners. Huge demos to Stop the War and even to stop the ban on hunting both failed. Just make them larger.

It comes down to scale and purpose. Two million people on the streets of London would force a change in thinking even with an elitist, out-of-touch and isolated government. Two million people marching mean tens of millions in agreement – and that means an electoral force.  And the sheer power that would be generated by all those people mixing together from all parts of the country and all kinds of persuasion – all united on at least one thing – that scares politicians. I have been active in my trade union and in the Labour Party for five decades, but my organising days are long over – I will pledge to join you all on the day. 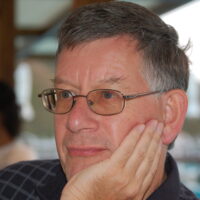 Richard has worked in Westminster for over a decade as an advisor to shadow health team and for various MPs.

View all articles by Richard Bourne