We need to stop treating the cost-of-living crisis as a failure of management. It is in fact a national emergency and an indictment of the status quo. My constituents are rationally looking for real systemic change and not merely better management of the economy. The cost-of-living crisis is driven by the monopolisation of the energy sector by private companies and inflation, caused not by stagnant wages but by excess profits and supply side issues. Just like the banking crisis in 2008, this is a man-made disaster and we can choose how we respond to it.

In Edmonton, I see the human consequences of this crisis every day; food banks already running out of food, unable to cope with demand; parents working full-time jobs unable to feed both themselves and their children; families falling further and further behind on their rent with the threat of homelessness constantly on the horizon. Before the cost-of-living crisis, there were parts of my constituency where more than half of the children lived in poverty. Now, these numbers are set to rise.

The picture is similar across much of the country. Ordinary people who have done everything right are finding themselves pushed into poverty. Squeezed on the one side by ruthless corporations and unsupported on the other side by a state that the Tories have spent 12 years dismantling. People have played by the rules and are suffering anyway. The social contract is broken.

After decades of an economic consensus that has fundamentally failed, people who I speak to on the doorstep are not looking for better management of the status quo. They want real change. They’ve seen that economic growth, even if it has been anaemic, hasn’t translated into rising wages and a better standard of living. After decades of being ripped off by private companies they know that privatisation of essential services tends to benefit the millionaire owners of those organisations and not consumers. They know that the status quo isn’t working for them.

As a party, we must not let this moment pass us by. It’s crucial we understand that we are at an inflection point where public attitudes have fundamentally changed. This isn’t 1997, and it’s definitely not 2010. The current wave of strikes has widespread public support. YouGov’s latest polling shows support for bringing energy companies back into public ownership at 60% with just 13% opposing. The language of austerity has largely lost its currency as austerity itself has failed. The state intervention, triggered by the pandemic, was and still is hugely popular.

That’s why ordinary working people, whom the Labour Party represents, are taking it upon themselves to organise and force change. From the summer of strikes to a consumer strike against energy prices, the mood of the country is shifting.

Unless the Labour Party responds to that appetite for real change, we risk getting left behind. Simply being an alternative to the government isn’t enough. My constituents don’t just want a change of government, they want change full stop. An end to the privatisation of essential services. Real solutions to in-work poverty. Fewer soundbites and more policy.

After the 2008 recession, voters saw banks being bailed out while ordinary people were left to suffer. Now, the government is bailing out the failed energy sector while millions choose between eating and heating. Unless we make it clear that the experiment of privatising our energy sector has failed, we risk feeding into the same cynicism that spread through the electorate after 2008. Now, voters are facing energy bills that they can’t afford to pay in October, and there is no alternative being presented to them. That isn’t good enough. We have to do more than manage the existing broken system – we must show voters that we mean to change it. 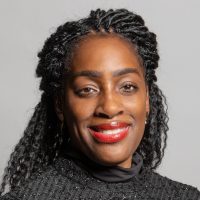