Labour Party conference looks set to debate and adopt a commitment to introducing proportional representation (PR). This is a mistake, for three simple reasons. First, other democratic reforms would better solve the problems PR is meant to address. Second, obsessing over PR gets in the way of a wider vision for reforming British democracy that most voters and parts of the Labour movement support. Third, making PR the singular focus of that vision does not make electoral sense and won’t help get Labour back in government.

I share many of the concerns that apparently motivate advocates of PR. British democracy badly needs an update. There are many vital and urgent matters of constitutional reform that Labour must reckon with to develop a serious programme for government. As China and Russia continue to challenge the international order, securing and strengthening democracy is now a geopolitical necessity as well as a domestic one. I have built and helped lead several organisations that are, in different ways, trying to rise to this challenge.

Democracy would be strengthened by injecting more compromise into our political culture. Political parties should be incentivised to focus on the national interest not short-term factional tussles. Politicians should be rewarded for cultivating the skills of negotiation and coalition building not being uncompromising lone rangers.

PR is not a silver bullet solution to these problems. As Angela Rayner said recently, PR enabled the far right to thrive in places, including: Sweden, where they are kingmakers in its legislature; Italy, where they may win the next election; and even in sensible, stable Germany – where they hold 81 seats in parliament. We should be proud that this has not happened in the UK.

Other reforms to our democracy might better solve these problems. Imagine if we got rid of the House of Lords and replaced it with a senate of nations and regions, producing a parliament in which elected members of the Commons and Senate have to coordinate and collaborate. Think about how effectively this would force governments to stop, ask questions about the national interest, and consult with representatives who bind larger coalitions into whatever decisions are made.

Or imagine if we completely rethought the fiscal powers held by different elected bodies. This would address an unfolding reality of our current constitutional settlement: while elected leaders of combined authorities like Andy Burnham and Ben Houchen wield great power to convene and build political identities, they lack the power to deliver most of what those who elect them want. Labour can change that.

Doing those two things alone would produce a vibrant, refreshed constitution much better suited to our era. Yet we spend far more time talking about PR than either of these more consequential reforms.

This is the second reason we should not adopt a commitment to PR: it gets in the way of a wider vision for reforming British democracy, which most voters and parts of the labour movement support.

In their eternal wisdom, the British public approach PR with a healthy agnosticism. Polling generally finds similar levels of support for PR and FPTP, with about a third as ‘don’t knows’, and focus groups identify a general sympathy for the status quo. Unsurprisingly, electoral reform remains a low salience issue. By contrast, the vast majority of the public support reforming the House of Lords.

And yet many insist on a singular focus on PR. The reason, I suspect, is that what motivates many PR advocates is not primarily a desire to secure democracy but to get rid of Tories. This depends on the widespread but profoundly misguided idea that there are more progressives than conservatives in the UK.

That takes me to the final vital reason we should not commit to adopting PR: Labour must be in power to reform British democracy and a singular focus on PR does not make electoral sense.

People who support PR tend to be more educated, Labour or Lib Dem or Green voters, and higher up the income bracket. Those are not the people we need to put Labour back in power. By contrast, the coalition of voters who back radical reform to the House of Lords is more diverse, stretching across Leave and Remain, Tory and Labour, and includes voters in Scotland, the North West and the Midlands. Those are the voters who can put Keir Starmer in No 10.

Many voters believe politics is not working. PR advocates are right to insist on the need for a positive vision for British democracy that gives people a sense of how politics can change. They are right too in many of the other things they advocate to achieve this: an elected second chamber, dispersing power, and perhaps, a codified constitution.

That is, after all, how democracy is supposed to work. It’s meant to be fluid, ever evolving as demography and technology shift. Democracies around the world have gotten stuck and stopped evolving, and that is something Labour can and must show real leadership in promising to fix. It can be a vital part of Labour’s story about a future Britain that voters want to live in.

The PR advocates are wrong that this story “must start with PR”, as two recently wrote on Labourlist. It does not need to start there at all. In fact, starting there may block exactly the political coalition Labour must build to deliver constitutional reform. At this conference, instead of getting stuck in the quagmire of PR, those who care about building a more resilient and vibrant democracy should talk about the many other vital constitutional reforms we need in Britain. After all, the point of this conference is not to win internal arguments, but to show Labour is ready to look outwards, to the country. And a strong and resilient democracy is exactly what Britain needs. 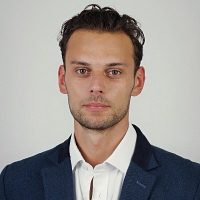 Josh Simons is an activist in Manchester, a trustee of Engage Britain and the New Economics Foundation, and an associate of Progressive Britain.

View all articles by Josh Simons