Mick Lynch has told the Labour leadership that the Labour Party and the labour movement are “the property of the working people”.

Speaking at a The World Transformed (TWT) event this evening in Liverpool, a left-wing alternative gathering taking place at the same time as Labour’s annual conference, the RMT general secretary criticised the lack of support for trade unions, the party’s policy making and parliamentary selection processes.

“My position in regard to this Labour leadership is that’s the people we’ve got. I’d like my favourite lefty to be in charge… but it’s not going to happen. We’ve got this struggle now,” Lynch told the audience.

The Labour leadership told shadow frontbenchers not to join picket lines ahead of strike action involving rail workers, members of the RMT union, earlier this year. Starmer was criticised by trade union leaders for the instruction.

Sam Tarry was sacked from his post as a shadow transport minister earlier this year after giving an interview from a picket line. The Labour leader was again criticised by union leaders for the decision. Starmer later said Tarry was sacked because the frontbencher “made up policy on the hoof”.

Frontbenchers have been seen on picket lines since. Labour’s Lisa Nandy was seen with striking members of the Communication Workers Union (CWU) last month, as were party whip Navendu Mishra and shadow employment minister Imran Hussain.

The RMT general secretary told TWT attendees this evening that people who do not like Starmer and Rachel Reeves, his Shadow Chancellor, have “surely got to be the majority of people in this country”. He warned that people in the labour movement “won’t accept policy given down from on high, through focus groups or by triangulating off the Daily Mail or the Telegraph” and said “we have to dictate policy”.

He suggested that he wanted to see a shift towards public ownership and progressive taxation in Starmer’s party, explaining: “What I want to see on the front page of the Labour manifesto is one word: redistribution.”

He also criticised the diversity of Labour MPs in parliament, describing them as a “group of professional politicians who base their lives on university politics, base their lives on a short career in PR – or wherever they go for the 18 months between the ages of 21 and 23, before they become a special adviser”.

The event – titled ‘The Working Class Strikes Back’ – saw speeches from a range of speakers including representatives from the Communication Workers Union and Fire Brigades union.

They were also joined by Socialist Campaign Group MPs Zarah Sultana and Nadia Whittome. Sultana told the meeting: “I’ll be with them on the picket lines, and no Blairite can tell me otherwise.” 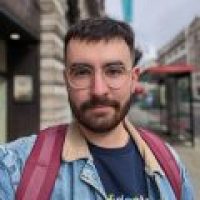