Keir Starmer’s Labour Party is on track to secure a 56-seat majority in the House of Commons, exclusive polling by Savanta for LabourList revealed today. We explored that research at our 2022 Labour Party conference fringe event this afternoon.

Presenting the findings to members today, Savanta political research director Chris Hopkins commented that the these results would be a “redrawing of the electoral map” and would see Labour take “some real scalps” from the Tories – including defence secretary Ben Wallace, and former Prime Minister Boris Johnson.

According to the multilevel regression and post-stratification (MRP) model, commissioned by LabourList and carried out by Savanta, Labour would secure 353 seats in parliament – an increase of 154 – while the Conservatives would lose 146 and return just 211 MPs.

Savanta found a 12-point lead for Labour, with 45% of people reporting that they would back Keir Starmer’s party in a general election compared to 33% who said the same of the Conservatives.

The model also suggests that, with the 12-point lead in the polls, Labour would regain many of the so-called ‘Red Wall’ seats – constituencies traditionally considered to be safe Labour seats but some of which returned Conservative MPs at the last election – including Ashfield, Bassetlaw, Blyth Valley, Sedgefield and Workington.

Hopkins insisted, however, that Labour’s lead remains precarious, and that even a small shift would drastically reduce the party’s chances of winning a majority.

Rosena Allin-Khan, Labour’s shadow minister for mental health told attendees this afternoon that “I love the idea of there being a general election tomorrow … that would be my utopia” but that it “isn’t going to happen”.

“It is great that we are ahead in the polls, I want us all to be able to live in a country that has a Labour government, but we have got to be realistic about what it is going to take to get there,” she said.

Recalling the 2015 election, when Labour lost despite being ahead in the polls, she emphasised that there is lots that Labour still needs to do.

“We can’t on a one-size-fits-all message”, she said. “We need to have a message for every single community … for some people that is going to be the cost of living, for some the environment, for some voters patriotism plays an important role. We have to get everywhere with clear, coherent messages.”

Stressing the importance of a Labour victory, Allin-Khan described the current Conservative government’s policies as “a return to Thatcherism on steroids”, and recalled that “I meet people who have tried to take their own lives because they can’t pay their bills”.

Former Labour advisor Simon Fletcher described the Savanta polling as “further evidence that a Labour government is increasingly likely”. He joined other panellists in warning, however, that there was “no room for complacency” and that “Labour cannot expect to win by default”.

“Some bellweathers that we want are not coming back to us”, he said, pointing to the example of Nuneaton – a formerly-marginal constituency that Labour has not won since 2005 – which the model predicts the Conservatives holding.

Fletcher also stressed the challenge of holding together the “alliance” between the different parts of Labour’s electorate, quoting Labour Together’s review of the 2019 election that “Labour needs to build a winning coalition of voters which spans generations, geographies and outlooks”.

To do this, Fletcher called for “a bold line”, including “policies that are big enough to confront the crises that we face”. He argued specifically for public ownership, noting that according to the polling it is almost as popular in Welyn Hatfield as it is in Islington North – with over 70% support in both constituencies.

“There’s never been a better time to argue for rational public ownership”, he said. “The crises we have been living through make the case … not to seize this moment would be a wasted opportunity”.

Yasmin Qureshi, Labour MP for Bolton South East, similarly emphasised the need for Labour to be “be bold” in its agenda. Speaking about her experience representing the 38th most deprived constituency in the UK, she urged Labour to adopt a unifying narrative, one comparable to the Tories’ previous rhetoric of “levelling up”.

But, like Allin-Khan, she also reflected on the need for Labour MPs to tailor their messages to their constituencies, pointing to the effectiveness of locally targeted Facebook advertising, and reflecting on the challenges in her seat posed by Brexit in particular. 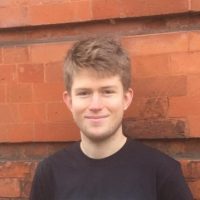 View all articles by David Klemperer