Britain is in a cost-of-living crisis, fuelled by soaring gas prices, and Labour’s new energy security plan to decarbonise the UK economy couldn’t be more welcome. Across the nations, people are crying out for a serious, long-term plan to free us from dependency on fossil fuels and secure home-grown, renewable energy.

This, along with the jobs, savings and climate protections that will come through Britain’s transformation into a clean energy superpower, is giving climate campaigners that increasingly rare thing in environmental politics – hope.

The UK already has a legal responsibility to ensure that we reach net zero emissions by 2050, and this summer’s wildfires and floods have offered a small glimpse of the compounding disasters that an unstable climate threatens. We must go further and faster if we’re serious about keeping 1.5°C of global warming in sight – and Keir Starmer’s energy announcement for zero-carbon power by 2030 is a huge step in the right direction.

Presented with a historic energy crisis, Labour has seized the moment, stepping up to the plate with a proposal for the UK to be the first major country to set and achieve a target of zero-carbon power by 2030. This would permanently lower energy bills and our dangerous dependence on tyrants like Vladimir Putin. By drastically increasing our windpower generation – as well as tripling solar by 2030 and getting serious about tidal power – Labour is offering a credible, commensurate response to both the climate crisis and rocketing energy bills.

Labour’s plan represents a very encouraging milestone, but we cannot limit warming to 1.5°C without protecting and restoring the natural world on which we depend.

This week marks the Climate Coalition’s great big green week, where thousands of people will hold nature talks, litter picks and meetings with MPs about how to decarbonise and protect our environment. Groups including RSPB, Wildlife Trusts and the National Trust have supported this initiative since its launch; although in the last few days, NGOs’ attention has been elsewhere.

Led by the politically-neutral RSPB, the environmental NGO sector has united in a fierce condemnation of what they see as an “attack on nature” by the government as vital habitat protections look set to be shredded alongside DEFRA’s flagship environmental land management scheme now destined for the scrapheap. The UK environmental sector fears a catastrophic regression in the protection of wildlife under Liz Truss’ new premiership as campaigners, farmers, charities and politicians from all corners of the UK have voiced their fury – and with good reason.

Unless we protect and actively restore nature, we stand no chance of successfully meeting our net-zero target. For example, habitats like peatlands store huge amounts of carbon. But when they’re degraded, they instead become a source of emissions, as countryside charity, CPRE, made clear over two years ago. Whilst some incremental improvements have been made, including a promised ban on peat compost, 80% of our peatlands remain degraded, emitting millions of tonnes of carbon, when they could – and should – be acting as carbon sinks.

Peatlands are just one habitat amongst many. Add to this list the carbon sequestration potential of seagrass meadows, upland forests, and soil protection through regenerative farming, and we can begin to understand that any serious plan for UK decarbonisation must be interwoven with nature restoration.

It’s for this reason that the Climate Coalition, CPRE, Wildlife Trusts, the Co-operative Bank, Women’s Institutes, Greenpeace and Friends of the Earth, alongside 72 Labour MPs and peers, and close to 200 local councils, are backing the climate and ecology bill for a liveable future. Currently awaiting its committee stage in the House of Lords, the bill would require the government to tackle the climate and nature crises together, aligning Britain’s emissions plan to the global carbon budget that keeps 1.5°C within reach, whilst actively restoring nature by 2030.

Going all out for clean renewable power, as Keir Starmer has rightly proposed, is an essential part of realising the ‘greener, fairer future’ that Labour now promises to deliver. To slash bills, increase energy security – and “keep 1.5°C alive”– we need an all-out investment plan for a renewables-powered economy. And to have the highest chance of success, those policies must be given statutory weight, and contained within the same strategy for ecological restoration.

It’s only by tackling the climate-nature crisis together, seeing them as two sides of the same coin, that we’ll be able to achieve our net-zero goals and protect our precious natural environment for future generations. Let’s secure that liveable future. Let’s pass the climate and ecology bill. 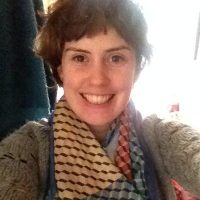 View all articles by Amy McDonnell