You would imagine from the media saturation and the prostration of the politicians that it is not only compulsory to mourn the death of the queen, but to support the monarchy as an institution. However – we live in a democracy, don’t we? Those of us who oppose an hereditary monarchy have a perfect right to express our opinion, don’t we? Apparently not, as a number of people have discovered. In fact, one of them was told by a policemen when holding a blank card, that if he wrote on it ‘Not my King’, he would be arrested for a breach of peace.

It is quite clear that for the British ruling class the Queen’s death and the accession is being used as a political campaign designed to shore up the institutions and to delegitimise republicanism. The Labour leadership, unfortunately, is fully on board with this. The monarchism of the Labour leadership is no surprise – but when the party tweets “God save the King”, you have to wonder if they think we are a Church of England party. For the right-wing media, the very idea of replacing the monarchy with a democratic republic is beyond the pale, and brings forth waves of hysteria.

Some of those who protested at a ‘cult of Corbyn’ are now promoting a cult of monarchy. The Queen was treated almost as a deity. Hyperbole has reached new heights. Anybody who does not participate in the mourning and the bending of the knee to the new King is treated like a pariah. Yet they are overdoing it. On social media you can read comments by people who are by no means republicans, complaining that ‘the country has gone mad’ as NHS appointments are cancelled despite the long waiting lists and risks to people’s health, Centre Parcs threatened to break its contracts with people who have been told to leave mid-holiday and come back later, and the bleeps on supermarket machines have had their volume dulled.

Yet the saturation coverage and the campaign is not having the impact they would have hoped for. According to Yougov, even 40% of Tory supporters think that the coverage has been “too much” – 60% of Labour supporters said the same. Perhaps the British ruling class and their hangers-on are a little nervous about the impact of the new King on the institution. Indeed, Charles has already committed some errors that underline the fact that he has no chance of being supported in the way that the ostensibly neutral Queen was. As historian David Olusoga has suggested, the monarchy was identified with the person of the Queen, but her death will now open up a discussion on the nature of the institution.

In the face of this political campaign, those of us who do not support a hereditary monarchy face having to fight for the right to hold and express our opinions. As a republican, I understand that I am in a minority at the moment – though as Richard Murphy has pointed out – Charles seems to be doing his best to undermine the monarchy, what with redundancies during the mourning period, and the appointment of Prince Andrew as a counsellor of state.

As Nesrine Malik wrote in The Guardian: “But with the Queen’s passing, we are about to enter a new chapter where the only hope we have for a more confident, coherent country is to speak of our imperfections more. The Queen is gone, and with her should go our imagined nation. It is time for her to rest. And more than time for the country to wake up.”

‘The imagined nation’ refers to the national myth about our country that fails to face up to our imperial past and the racism that resulted from the white supremacism of the British Empire – the ‘civilising mission’, the presumed ‘superiority’ of the British, the ‘inferiority’ of the ‘native’ populations, and the rapacious looting of ‘its’ colonies. We cannot wake up unless we recognise how the reality of our society today is rooted in this past. The monarchy sits atop the class system in Britain. It is the last refuge of deference as is painfully obvious from the media, the reverential tones and the assertion that ‘the whole nation’ is in mourning.

You can, of course, write what you like about the monarchy – if you can get it published. But if you are elected a member of parliament you are not allowed to take your seat unless you pledge an oath of loyalty to the monarch and heirs – regardless of whether you support the system or not; either an oath of allegiance (swearing by almighty God) or affirmation of allegiance (minus the God).

The House of Commons website tells us: “MPs cannot take their seat, speak in debates, vote or receive a salary until taking the oath or affirmation. They could also be fined £500 and have their seat declared vacant “as if they were dead” if they attempted to do so.” In other words, if you don’t take the oath or affirmation then the democratic verdict of the electors who sent you there can be overturned without reference to them. You can even be fined for having the ‘wrong’ opinions. This is a democratic outrage. Anybody elected should have the right to take their seat without having to make an oath that they do not believe in. (People are similarly required to swear or affirm an oath of allegiance when they become a citizen – and they should not have to do so either.)

Irrespective of your view of the monarchy, be it in favour or opposed to it, you cannot be a democrat in any real sense unless you support the rights of those people who do not support the monarchy. Labour should support the right of MPs (and new citizens) not to have to pledge an oath to a monarchy which they do not support. Otherwise, we have not a democracy but a state in which support for the monarchy is, in some respects, compulsory. Perhaps it is time to take up this issue and challenge this form of compulsory monarchism. 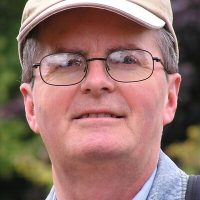