Liz Truss’s political career may be a damp squib, but the damage Brexit has caused continues to burn throughout our body politic. At a time when our economy is in turmoil, the EU retained law bill is the equivalent of throwing petrol onto an already out of control blaze. With delicate backbenchers to manage, an intervention from Downing Street to stop this destruction seems unlikely – it falls to Labour to lead not just in opposing it, but showing how we can rebuild our nation’s relationships with our neighbours before all that is left of our reputation is ashes.

What looks like a dry list of legislative instructions deletes overnight 2,500 pieces of law on which our way of life has depended for decades. Not only does it abolish all these laws which rested on European statutes on the 31st December 2023 in one go, it offers no clue or certainty as to what will replace them. Furthermore, it demands any replacement be of a lower standard – thus enshrining deregulation as the outcome of Brexit in law. Whether you voted Leave or Remain, no one voted to require a race to the bottom on environmental, consumer or employment protections. Because of the way legislation interacts, any future Labour government will spend years revising the laws this bill rips up in a stroke as it could not simply be repealed. The harm would be done and last a generation.

Having left the EU it is inevitable we need to review our laws to ensure they sit on robust statutes. But this is not just minor or technical changes. The government’s dashboard – setting out every piece of legislation they say is affected – covers anything from the requirements that ensure the Olympics is free to air and no country act to undermine that, protection that if your employer goes bust you are entitled to at least 50% of your pension pot, requirements to stop cancer causing chemicals in cosmetics, airline safety standards, vital environmental protections that cover sites of special interest and even insider trading. The list covers over 300 different policy areas, with many not having any clear ministerial lead to take responsibility for what happens when they are deleted.

We have already seen how this government is capable of using parliamentary processes to avoid scrutiny on issues such as student loan rates and welfare uprating; this takes that practice to a whole new level with every single one of these laws only requiring a statutory instrument to be replaced or amended. That means ministers can water down critical employment protections – such as the part-time workers directive or maternity rights – with the agreement of a small committee of MPs. There is no requirement to replace any of these laws at all, and no government department to date has set out any plans to do so, despite the intention to delete everything next year. Little wonder business leaders, environmental campaigners, consumer groups and trade unions alike are united in calling for this process to be halted.

The EU understandably will never entertain welcoming the UK again without consensus across the political sphere that such a move would be welcome and stable; that we would not have a referendum on membership every five years. Those who argue otherwise help the Conservatives avoid scrutiny for why they are so intent on making things worse by claiming every concern is just code for rejoining. Yet this bill is also a case in point of how and why Labour can show we are not just an opposition but an alternative when it comes to working with Europe. As the problems Brexit has caused become clear there are multiple ways we could reduce red tape and help those affected – from signing up to the pan-European Mediterranean convention on rule of origin, resolving the crisis the Northern Ireland protocol bill creates through a veterinary deal or cooperating on security and energy issues. Prior to this economic crisis this was in the national interest – now with growth our top priority we cannot afford not to do so.

Instead of doing this, the government is risking thousands of rights and basic regulations that create a level playing field for businesses across the country, all because of their dogmatic obsession that if the law was developed in Europe it must be bad. Nothing in leaving the EU requires us to give up regulations to stop the spread of bird flu, compensation rights you have if your luggage is lost or indeed TUPE regulations which have protected the rights of millions of workers in this country but are now at risk. Those whose businesses or jobs or quality of life depend on these rules need us not to lose the battle for their future because we are still wrangling with the conflicts of the past. It’s time to take back control of Brexit for the benefit of Britain. 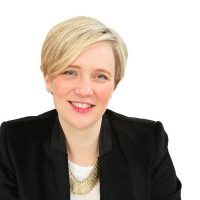 Stella Creasy is the Labour and Co-operative Party MP for Walthamstow and chair of the Labour Movement for Europe.