The announcement that Labour will, once again, seek to reform or replace the House of Lords is a welcome one. Although a similar commitment has appeared in one form or another within every manifesto since 2010, the fact that the party finally appears to be on the verge of taking power at the next general election will hopefully signify the end of one of the more directly undemocratic parts of the UK’s political system.

In this sense, Boris Johnson’s abuse of the appointment system to reward his donors and allies has provided Labour with an ideal argument in favour of its plans. Why would you put faith in a parliamentary chamber organised by cronyism and patronage? Keir Starmer has said that his Labour government would strip politicians of the power to make appointments to the Lords as part of the first-term programme. This is a good start. It resolves a clear and present danger in our legislative composition, and provides a temporary alternative.

A reformed Lords with an appointments system taken out of the Prime Ministers hands, however, can only ever be a piecemeal improvement. It still fails to provide the public with the accountability or the input it deserves to have in shaping a representative Lords and its membership, and Britain currently lacks the devolved structure and clearly-defined regional institutions needed to mirror the delegate system of upper chambers like the German Bundesrat or even the Canadian Senate’s territorial selections. There are also questions around the retention of knowledge and expertise within the Lords, but this requires its own analysis.

A reformed Lords without a clear, democratic thread between the electorate and those within it would maintain that barrier between public engagement and public accountability. The removal of political appointments is certainly a positive move in a technocratic sense, but it remains undemocratic. An elected chamber is a compelling option, and it is good that Starmer and the wider leadership recognise this. The envisaged connection to nations and regions shows a commitment to greater devolution, and the framing of it as “truly representative” suggests proportionality. This is also where the issue lies.

A proportionally representative Lords is needed for it to successfully fulfil its purpose and ensure that every part of the UK can have a voice in scrutinising and amending legislation. It needs alliances in order to work. In contrast, a first-past-the-post (FPTP) system implies plurality victory; it is more susceptible to candidates whose interests in serving as a critical friend to the Commons is secondary to their own programmes. Proportionality would at least establish the need to find common ground and bring together as many voices as possible, particularly given the risks that partisanship can bring to a chamber founded on inspection rather than legislation.

The need for proportional representation also risks underlining a certain hypocrisy in Labour’s plans; if PR is justifiable for the upper chamber, then why not the lower – particularly when its conference has endorsed such a reform? Starmer and the wider leadership’s refusal to follow the decision of the Labour Party conference in committing to PR within the next election manifesto shows a failure to adequately grapple with the health of democracy in the UK. It would make little sense for Labour to tell the public that the votes they cast for some of their national representatives could matter more than others.

A new Labour government will be running on a timer, with a maximum of five years before the following election. Starmer’s proposals, however, seem to run in two parts. The first would be to take the appointments system out of his hands. The second, longer process, would be to replace the chamber. Labour intends to hold a period of consultation to determine what should replace the Lords. This will take time, and to decommission an active chamber and replace it with another will be no easy task. It is likely to be a two-term project and two terms in power, particularly under FPTP, is a luxury nobody can be truly certain of.

If Labour cannot maintain its popularity into a second term and keeps FPTP, there is considerable risk of the Conservatives diluting the new chamber. As we have recently seen through their attempts to exert political control over the Electoral Commission, Voter ID, and the scrapping of the supplementary vote for mayoral and police and crime commissioner elections and its replacement with FPTP, the Tories are more interested in victory than democracy. The possibility that a new second chamber would be redesigned to fit their interests rather than that of the UK’s as a whole should not be overstated.

What PR would provide here is an enhanced guarantee of continuity in constitutional reform, something that the UK has historically lacked. In short, if the Labour leadership wants to guarantee that the UK has a more inclusive and democratic future, then it needs to accept that PR has a role to play in both Houses. 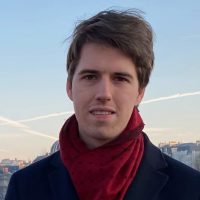 Theo Stone is a writer and graduate student at Birkbeck, University of London.

View all articles by Theo Stone