Scotland needs Labour, Labour needs Scotland. And never has Scotland needed Labour more than now. Nothing anywhere is working as it should. Every single service is creaking or breaking. Education, health, social services, ferries. And in Scotland, they do not need to be. These are questions of priorities and of competence.

It’s heartening for all of us to read about Labour’s lead in the polls for the next general election, but there’s no room for complacency – least of all in Scotland.

We have a particular struggle. Our main opponent is not the Tories, it is a Scottish National Party that has marshalled a long enduring coalition of right and left voters. It’s made up of people who don’t like this Conservative government, of disenchanted Labour and Lib Dem voters and a solid core vote of lifelong nationalists. And everyone should know that if the UK ever did break up there would be repercussions far beyond the Scottish border.

For those of us who have lived through SNP rise and rule, any reversion to a singular focus on the ‘Red Wall’ is perplexing. The Labour vote in Scotland has been declining for more than 20 years. Only one Labour MP – our gallant Ian Murray, representing Edinburgh South – was returned to the House of Commons in 2019. In 1997, there were 56.

For some reason, there remains complacency in some Labour circles about the SNP. This complacency is driven by commentators and a media too distant from the reality of politics in Scotland. The SNP are not comfortable bedfellows for Labour. Nicola Sturgeon may talk left on the national news, but time after time, she acts right. The trick has paid off for her party if not for the country.

There are many decent people who aspire to Scotland going it alone. For some, it is a fundamental belief built on identity alone, and they are prepared to pay whatever the cost may be. I do understand why people in poverty, whose town or city is in decline, whose family and neighbours are struggling, say ‘Yes’ when asked if they want big dramatic change. It happened with Brexit too. All of these people have been failed by an SNP leadership who are never prepared to be honest about the costs and the challenges of separating a 300-year union. They seek division rather than unity of purpose.

Imagine the turmoil of living in a country where the slimmest majority voted for radical constitutional change? Since 2016, we do not need to imagine. We are all living with the consequences day by day. The SNP is 100% focused on gaining political power. Game-playing, seeking discord, perpetual grievances turned up to 11. Scotland desperately needs governments to work together in good faith. Devolution cannot deliver when neither government really wants it to work.

I represent the North East of Scotland in the Scottish parliament. Dundee is in my home city, where I was born and raised. It’s a place I am proud of: beautiful and full of great people and greater potential. But for half a century, Dundee has been too associated with deprivation and economic failure.

These dead Scots cannot in good conscience be blamed on anyone but the Scottish government. Our services, our economy and our culture permit despair, desperation and addiction. Drug laws must change, but so must the broad treatment of health issues, of which addiction is one. That can happen when our governments cooperate and understand.

We need cooperation not just on health but across the board. Only by voting Labour throughout the UK can we get rid of the Tories and make sure devolution works in everybody’s interests. It is time to make that happen. It is time for change. Scotland needs it, and we need the help of every member of the Labour Party across the UK. Please sign up to Labour Friends of Scotland and help make that change for all of our sakes. Be part of the change that we all need. 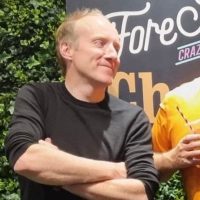 Michael Marra is a Scottish Labour MSP representing North East Scotland and serves as Shadow Cabinet Secretary for Education and Skills in the Scottish Parliament.

View all articles by Michael Marra