A lot will be written about Bradford West over the coming weeks as Labour tries to work out what happened and why we didn’t see it coming. I lived in the constituency for a year, worked there for four years, and served as a brief time as a local party branch secretary. Whilst I didn’t make it up to campaign as often as I might have liked this time, I have tried to follow it closely. There have been and will continue to be attempts to pin the defeat on one cause –  the wars on Iraq and Afghanistan, Tony Blair, the internal politics of the local Asian community, Ed Miliband – but the actual reasons will be multiple and local.

Bradford West is a seat which has its own micro climate, having been the only seat in the region to increase the Labour vote at the last General Election, with the whole of Bradford following a similar trend the year before at the European Elections (in which I was a candidate). I might point out that these votes took place after the Iraq war too. However, with a number of potential by-elections on the horizon, I think there are some lessons that may be applicable elsewhere.

Our offer to the voters of Bradford West

Imran Hussain, who was our candidate, is a good guy and well-respected councillor who won the selection by a clear margin on the first round. Yet the enthusiasm of the people in the room that night didn’t translate into enthusiasm in the wider community.

Labour’s literature attacked the Tories (but, leadership please note, our own offer needs to be clearer, stronger and better articulated). This was the right strategy at the start of the campaign. When I was door knocking two weeks before polling day people were supporting Labour and were unhappy with the coalition government. Virtually everyone I have spoken to also found levels of Labour support that would be the envy of many other seats. The campaign stuck to the national message in a really disciplined way. Meanwhile, the mood outside the campaign moved.

Once George Galloway’s campaign started to cut through it offered something for everyone. He wasn’t frightened to touch on issues that were emotive for people in Bradford – bringing our troops home, morals and standing of politicians, the terrible poverty and joblessness, the hole in the middle of Bradford (where the Westfield shopping development should be which has been delayed for years) which is symbolic of the feeling that Bradford has been left behind and not looked after.  Galloway managed to tap into the feelings of the electorate, organised, and gave them a strong reason to vote for him.

Labour locally has a great story to tell about the difference we have made over the last year since the Tories lost control of the local authority. But even at the hustings (covered by the BBC), we were absent. Indeed, a casual observer might believe that the Labour establishment have been running Bradford council forever.

We didn’t see it coming

We shouldn’t criticise the voters of Bradford for their choice. Because we didn’t see the shift to voting Galloway there was no opportunity to tell the voters about his record in Bethnal Green & Bow and his failure to deliver.  We didn’t confront his powerful – but often highly misleading – foreign policy narrative. We were absent in the moral debate that must have been presented to young Muslim voters, or the social conservatism that I suspect helped to persuade lots of general election Tory voters to turn to Galloway. It would have been a huge decision to turn our fire from the Tories to him.

I spent some time on the doorstep on polling day with John Mann MP, who has written his own account. There was noisy Galloway support, but it was impossible to tell whether that would translate into votes. When I tweeted a picture of a stretched limo covered with a picture of Galloway, a number of Respect supporters responded negatively to me. The difference between the vibrancy of their response and our corporate-style twitter might have been a sign.

But posters and cars don’t necessary transfer into votes. George Galloway did. It was him that they were voting for – “He’s the man!” I was told on more than once on the doorstep.

So where do we go from here?  As with every defeat we look at what happened, we dust ourselves off and get back to winning back the support of the electorate. The Labour Party I was a member of in Bradford West did not function well. There are some really good local party members, and some of those who were involved when I lived there have since moved on. But at the time, I was shocked by some of the things I was told. It was an unhealthy environment and whilst I think it is probably healthier now, it is also without the natural leadership of a local MP.

What to make of it all? I take three lessons from this unique election that would be applicable elsewhere:

This by-election was called quickly, before the local elections. Local activists in Bradford now face local elections in a key local authority in just four weeks. It will be a real test. 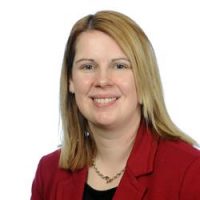 Emma Hoddinott is the Co-operative Party's local government officer and a Rotherham councillor.

View all articles by Emma Hoddinott