In February Ed Miliband correctly observed that Parliament was “too middle class”. This followed on from last September’s welcome decision to alter Labour’s candidate selection process in order to take background into consideration.

But any such change will be slow to materialise, and the repercussions are catching up with the party. A recent study conducted by Robert Ford and Matthew Goodwin points to an ugly development: the appeal of Ukip to traditional Labour supporters.

Ford and Goodwin claim that despite that party’s tweedy visage, Ukip voters “are much more likely to be low-income, financially insecure and working class. They look like old Labour, and since 2010 the Ukip surge has been strongest among these low-skilled, older and blue-collar workers, the exact groups that Labour is struggling with the most”.

That the self-proclaimed “heirs to Thatcher” should appeal to old Labour supporters is nauseating enough. Throw in the fact that the leader of said party is a privately educated ex-stockbroker from the City of London, and the irony is complete. It should be easy for Labour to point this out and remind “blue-collar workers” that only the Labour Party stands up for their interests. But the problem is that Labour simply can’t make that argument because at present no-one would believe it.

The tragic consequence has been that in England the Right – the BNP, the EDL, and now Ukip – have been able to pose as defenders of the economically insecure and socially alienated, the victims of Thatcherism. In short, those who don’t feel as though “we’re all middle-class now”. These are the Britons New Labour left behind both politically and demographically, in that Labour are now seen as a party of “liberal London elites”, as Ford and Goodwin put it.

How can Labour win them back in 2015? Well, the party’s new focus on community organisation is vital – getting into areas where people are looking to Ukip as an alternative and convincing them that they still have a home in Labour. Policies such as the living wage and a Technical Baccalaureate for young people whose talents are practical rather than intellectual, will be vital to this process.

But the deeper problem is the aforementioned one of representation. It’s no good telling the electorate that Labour is the party of One Nation, that it is on the side of the many rather than the privileged few, when normal people view politicians as an anonymous mass of middle-class Oxbridge PPE graduates, most of whom have never had a job outside of politics or the upper echelons of the tertiary sector.

This is the biggest obstacle in the way of reconnecting with the wider electorate.

To be absolutely clear: this isn’t an issue of image or PR. Rather, it’s essential to Labour’s re-invigoration that talented and passionate people from all walks of life can rise to the top of the party. Consider the architect of our treasured NHS, Nye Bevan. Bevan, from the South Wales valleys, left school at thirteen with no qualifications to work in a colliery. Today the only way he would be allowed into the House of Commons would be to empty the bins and scrub the floors.

This has to change, and soon. It is vital that Labour openly represent the interests of the working-class and stem the flow of support from Left to Right. The best way is to ensure that from top to bottom the party is constituted by the sort of people it seeks to govern – or by 2015 Ukip’s ranks will swell with old Labour voters, and the “One Nation” rhetoric will sound hollow indeed.

View all articles by Lewis Coyne 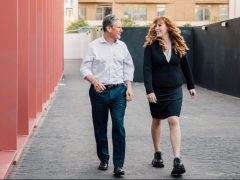 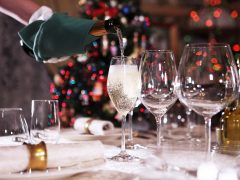