This post is written by Anya Pearson and Rosie Rogers 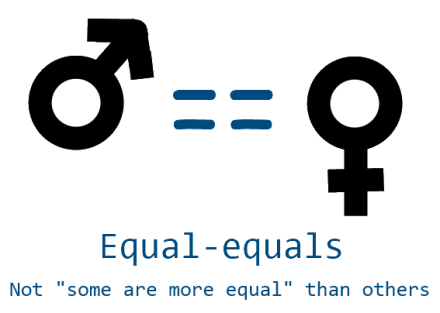 From UK Feminista, Daughters of Eve to No More Page 3, the new wave of feminism sweeping Britain has left party politics looking beached in comparison. One in four women have answered that they don’t know which party they will vote for in 2015 or else won’t be voting at all, trust in politicians is at an all-time low and policy struggles to offer inspiring solutions to the challenges people face in their daily lives. Meanwhile, feminist campaigns seems to be everything that party politics is not. They’re dynamic and accessible; designed to encourage active instead of passive participation from supporters; and they’re run by people from all walks of life.

Labour is the party of social justice, equality and tolerance. From a national minimum wage that brought a million women out of poverty to introducing Sure Start centres, it achieved a great deal for women while in office and it can do so again. Indeed, lasting, systemic change of the type needed to achieve genuine gender equality in this country can only be achieved by at a national level.

But first, Labour must reach out to a diverse range of feminist campaigners, from whom the party has much to learn about countering political apathy, and listen to their experiences and advice. Labour wants to excite and inspire people into building a grassroots movement one million strong; here are five ideas that could help make that a reality

Let’s take seriously the extent to which online campaigning like No More Page 3, Everyday Sexism and the Spartacus Network is igniting the interest of thousands of women who did not previously consider themselves ‘political’ at all, helping those who feel alienated and excluded from mainstream and political structures find a voice and a support network. More Labour groups are engaging online than before, but they could stand to improve at using digital interaction and debate to build alliances and inspire action in the real world too

Britain is still 54th in the world for gender equality in Parliament, on a par with Côte d’Ivoire. In contrast, a diverse range of local feminist meetings platform the voices of women across generations; black and disabled feminists; and transgender campaigners. Sticking up for all women shortlists is important but the problem of representation starts further down the line. Labour needs to build better relationships with up-and-coming women in the political spaces they have created outside of Westminster, equipping them with the skills and knowledge to do well.

Taking part in feminist campaigns makes women feel powerful again. Party politics too must encourage this empowerment. As research carried out by Fiona Mactaggart shows, many women are already social agents and most don’t need big government solutions. But they do need empowering to take control of the resources and decision making processes that affect their own lives, be that in the public sector, local government or elsewhere.

As Colin Crouch writes, Labour can embrace the groundswell caused by new social movements by taking a pluralistic approach. This means collaborating more with independent campaigns (Miliband’s work with 38 Degrees and Hacked Off are recent examples of this) while respecting – valuing, even – their autonomy. By all means defend the civil freedoms of these groups and their right to protest – but don’t expect partisan loyalty in return.

5)Gender should be on everyone’s agenda

As Emma Watson told the UN recently, gender equality is everyone’s issue. Of course, as feminist groups have highlighted, women have suffered disproportionately under the coalition’s public spending cuts. But it should also be argued that policies to extend free childcare, make working hours more flexible, or get low-skilled, low-paid women the training they need to succeed in life are essential measures that ultimately benefit men and women alike.