After Tower Hamlets Mayor Lutfur Rahman was barred from office and booted out by the courts last week after being found guilty of corruption, it was confirmed that a by-election will take place for the role. The date of that by-election is June 11th, and Labour’s candidate – as expected will be John Biggs (the Labour candidate in the 2014 Mayoral race). 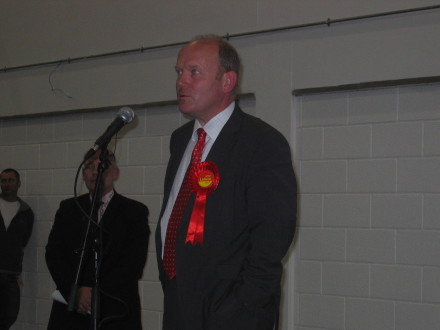 Responding to the news, Biggs said:

“I am delighted to have been confirmed as Labour’s candidate. Tower Hamlets must now move on from the divisive politics of Lutfur Rahman and his disgraced regime of corruption and mismanagement. We need leadership that is once again open and accountable and restores the trust of the people we’re here to serve. I want to put the council back on everyone’s side. Only Labour can beat Lutfur Rahman’s candidate in Tower Hamlets. My focus will be to restore confidence and to serve local families, addressing the big issues and great opportunities we face in our borough – on affordable housing, on education, on safety and most of all helping build a better future for everyone in Tower Hamlets.”