The Conservatives released their manifesto today and in it, among their transport policies, is a promise to “upgrade key roads like the A11 and A47”. There’s one problem with this: the new A11 dual carriage opened four months ago. 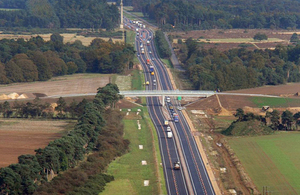 As they point out over at Eastern Daily Press, it looks like the Tories are promising a transport upgrade in their manifesto that’s already been completed.

In December of last year, the improvements to the nine mile long A11 (which amounted to £105million) were completed – as the government announced on their own website. The dual carriageway was even formally opened by David Cameron’s own Secretary of State for Transport, Patrick McLoughlin.