Ten days ago I invited the four leadership candidates to respond to the initial findings of our Independent Inquiry. These were set out in a series of messages which you can read here, here, here, here, and here.

I asked each candidate to address five questions directly relating to the empirical evidence of our polling. You can read Liz Kendall’s responses here. Here are Jeremy Corbyn’s responses. 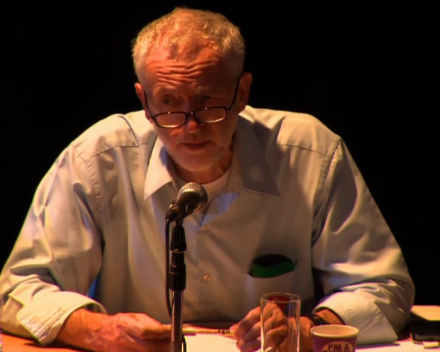 Q1. There is a large part of the electorate Labour must win back who vote pragmatically for the party which offers them the best prospect of personal economic advancement. How will you win back these voters?

It is vital that Labour expands its electorate. For too many people, it was unclear what we stood for at all on the economy, complaining about austerity but without really offering a coherent alternative. People will not, and did not, vote for us if they don’t know where we stand.

Over one-third of voters didn’t vote at the last election – they are disproportionately the people who would benefit from a Labour government. Around half young voters didn’t vote, and many more did not register. As a party we need to take voter registration much more seriously.

With trust in politics and politicians at an all-time low – a cumulative effect of the deceit of the Iraq war, the economic crash, and the expenses scandal – a lack of clarity and incoherence did nothing to inspire confidence in voting for us.

The key lesson for me is that we need to engage the country in a serious discussion about policy and our vision for the country from September 2015 through to May 2020. That means opening up politics again, and as a party getting out of Westminster. We cannot just unveil disjointed policies in a few months before the election campaign, and expect the country to come with us.

The cuts to the adult skills budget and further education are taking away people’s opportunities for personal advancement, which is why I have outlined plans to reverse those cuts and to establish a National Education Service for lifelong learning. Reducing the debt burden on graduates through scrapping fees will allow more young people to save for their first home – and by building more homes we can get house prices down.

I would though add a note of caution against too crude of a segmentation of the people of this country into three rather simplistic categories. Individuals, families and communities interact at home at work and in their communities. Our lives are interconnected and often evade such one-dimensional labels. As a party we need to stop segmenting our message to people in this top-down way, earn their trust and develop their political engagement based on local interaction at community level.

Q2. How will you convince the electorate that public spending and their taxes are secure with Labour and that we are the party of fiscal responsibility?

In the last Parliament we failed to put forward a coherent or consistent economic narrative, and left the way clear for the Conservatives to frame the debate. We never opposed austerity, just said they were doing it wrong. It confused many and satisfied few.

Austerity failed – it didn’t eliminate the deficit, it barely halved it; while people’s living standards fell for almost all of the last parliament – and yet we lost the debate. That was a missed opportunity.

We need to be clear from the start: if George Osborne’s projections prove accurate and the deficit is eradicated by 2020 and the economy growing we should not run a deficit on day-to-day spending.

The growing inequality, rising personal debt, combined with asset price inflation and still too lightly regulated banks means there are large structural problems in our economy. We should attack this government’s record with confidence.

But we must do more and set out a vision for the role a strategic government can play in creating shared economic growth and the transition to a carbon-free world.

On taxation, we should not be asking small businesses or low and middle income earners to pay any more tax, but there will be greater fairness in the tax system. We need tax justice so that there is a level playing field for all, clamping down on avoidance and evasion by the super-rich and big business.

Q3. Immigration remains a significant national issue, particularly amongst socially conservative voters. How will you address concerns about the impact on services and provision, and about identity and belonging that are causing many of these voters to desert Labour?

But again, we accepted the Conservative’s framing of immigration as intrinsically problematic. What should we have done? Told the truth. Migration is a fact of modern life: two million Brits live abroad in Europe, and more will do so and want to do so at different stages of their lives. The role of government is to manage the process – not pretend it can be stopped.

As two people born in the south of England, Jon, you and I put no more pressure on the London NHS or local schools than a Somali or a Syrian migrant moving into the city. People move, whether within countries or between countries.

The job of government is not to sit King Canute like on the beach ordering the tide, it is to ensure that our public services and social infrastructure are able to meet population changes, and that funding formulas adapt rapidly to meet increased demands.

As net contributors to the public purse, it is clear that migrants are not the problem for any service shortfalls, governments are. So government must take responsibility – ensure strong trade unions are able to organise effectively and bargain collectively and put resources into minimum wage enforcement and to tackling exploitation of migrant workers through a strengthened gangmasters licensing authority, covering more industries.

Q4. Our welfare system has neither the trust nor the confidence of a majority of the electorate. There is a widespread belief that it gives to those who don’t deserve and abandons those who do. What approach to reform would you take?

We have a fantasy debate about welfare, based on myths that politicians perpetuate and then are impotent to address – because how do you tackle problems that don’t exist on the scale suggested.

Until 1995, unemployment benefit was payable if you were unemployed with very few conditions attached. Since then governments have expanded conditionality and an overbearing sanctions regime for breach of those conditions. This has fed the myth that there is a sizeable group on benefits who are dishonest or swindling the system.

The solution is honest, straight-talking politics, not pandering to myths or triangulating for political advantage and losing sight of the fact that there are serious issues with serious consequences for people’s lives, that serious politicians should be addressing.

Our welfare system should not be there to subsidise low pay or high rents, but to provide respect and security to those unable to work due to ill-health, disability, old age or unemployment. We need to defend universality in the welfare system, it is efficient and fair.

In recent years it has failed the genuinely sick, disabled and unemployed, and shovelled far greater sums to failing private contractors, to overcharging landlords through housing benefit and to compensate for low paying employers.

The most successful way of getting the benefits bill down is to build council homes, and to invest to create better-paid jobs.

When the 1945 Labour government introduced the welfare state it was not in isolation: they built council housing, restored trade union rights and had a strategy for full employment. We need that same holistic approach to reform if we are not to spend the next five years chasing down mythical problems on Tory terms.

We need a social security system that is universal, efficient, and that becomes as normal to use as using the NHS.

Q5. Can you indicate how you might start a process of renewing the image, the practices and the politics of the party in order to reverse its growing cultural exclusivity and widen its appeal in the country?

We have to stop being a top-down machine and become a movement again: inclusive, participatory and democratic. We have to be open and honest about the problems we face, the challenges in tackling them, and clear about what we propose.

I want to pay tribute to Jon Cruddas and Angela Eagle for the inclusive way they led the policy review and the National Policy Forum process which made it more satisfactory than any recent comparable experiences. We need to build on this and widen it to include more of our members and supporters.

I said when I entered this contest that to win again, Labour had to become a social movement. I am delighted that over 600,000 people want to be involved in choosing our next leader.

People are optimistic for the future of our party because they think we are closing the door on the old top-down way of doing things. The new people who have joined or signed up want to be involved in a shared project to set out a clear and common sense vision for the future of this country so that it works for everyone, not just a few.

We can reconnect with people in every part of the country, and have a functioning party in every seat in every region and every nation.

Our local parties must be empowered to be drive their local experiences up through the party as we make policy together to address the needs of our country. Our branches should be positively encouraged to have open public discussions on all aspects of policy to bring people into our party.

We need to restore faith in a democratic politics that empowers people and meets their needs. It won’t be easy, but there is only one way to deliver it: together.