Ten days ago I invited the four leadership candidates to respond to the initial findings of our Independent Inquiry. These were set out in a series of messages which you can read here, here, here, here, and here.

I asked each candidate to address five questions directly relating to the empirical evidence of our polling. Here are Liz Kendall’s responses. Jeremy Corbyn’s answers will be published on LabourList tomorrow morning. 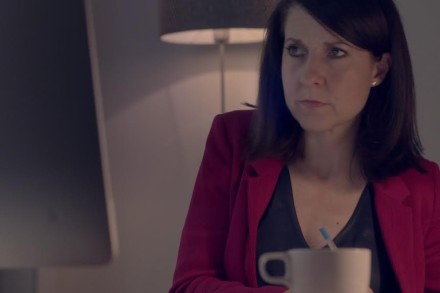 Q1. There is a large part of the electorate Labour must win back who vote pragmatically for the party which offers them the best prospect of personal economic advancement. How will you win back these voters?

In recent years, too many people believed Labour wasn’t interested in them and didn’t speak for them, or about their concerns. Whilst they know we are a Party that wants to tackle poverty, they are not convinced that we are equally determined to give everyone the opportunity to prosper and get on in life.

Ed Miliband was right to talk about the “squeezed middle” – those who aren’t in poverty but aren’t wealthy either and have to make difficult decisions often on a daily basis. Yet not enough of what we had planned for government – or our messages about those plans – spoke to this crucial group of people.

Labour must continue to fight injustices like the Bedroom Tax and show how we will represent those who don’t face such appalling policies themselves, and that we will govern for the whole country.

If we can’t show that we’re the right party to deliver higher living standards for the majority, we won’t even get a hearing from these pragmatic voters.

For example, there are now more people who are self employed than on the minimum wage and by the end of this Parliament the self-employed are set to outnumber public sector workers. Labour must set out how we will ensure this growing group of workers get the support they need to build a better life for themselves and their families in areas like maternity and paternity leave, sickness pay, training and pensions.

Q2. How will you convince the electorate that public spending and their taxes are secure with Labour and that we are the party of fiscal responsibility?

Labour must regain trust on the economy. We will only win again when we offer a responsible and credible economic policy that people believe we will deliver.

Too many people no longer trust our party with their taxes and this must change. People want Governments to act responsibly because they know the damage that’s done when this doesn’t happen.

We must make the Labour case for sound public finances, as we have done throughout our history.  It was Nye Bevan who said “Freedom is the by-product of an economic surplus”. In 1964, Harold Wilson’s election winning manifesto criticised “an ever-increasing burden of interest payments on the national debt, [while] vital community services have been starved of resources”. And in 1997 Labour again won power because we were trusted on the public finances.

There is nothing socially just about spending more on servicing our debt than educating our children. So over the next 5 years we must set out our alternative plans for getting the deficit and the debt down, balancing the books, not spending more than we earn as a country, and having a surplus when the times are right.

Whenever we oppose the Tories’ plans we must also spell out how we would do things differently and, crucially, how we would pay for our alternative, as I have done throughout this leadership campaign.

For example I have said I oppose the Tories cuts to Working Tax Credits, which will hit low paid families hard. I would pay for this by cutting the £100bn a year budget in tax reliefs – a budget which is bigger than the entire budget for working age benefits but receives barely any scrutiny in terms of value for money.

Q3. Immigration remains a significant national issue, particularly amongst socially conservative voters. How will you address concerns about the impact on services and provision, and about identity and belonging that are causing many of these voters to desert Labour?

I am proud to represent one of the most diverse cities in Britain and I know the huge contribution immigration has made to my city and this country. We didn’t do enough to challenge some of the myths about immigration over the last 5 years, like the fact you are more likely to be treated in the NHS by someone who is non-British than to be queuing behind them for treatment.

Yet I also know from my own constituency that too many people feel let down and left behind by the impacts of immigration and globalisation more broadly – something we were too cavalier about when we were last in government.

There must be firm rules on immigration based on the principle of contribution: migrants who come to this country should come to work and pay into the system before they take out, and respect the communities they live in. We also need to do far more to make sure people have the right skills and training to get the jobs of the future, and a modern industrial strategy to create good jobs that pay a decent wage in every part of the country.

Q4. Our welfare system has neither the trust nor the confidence of a majority of the electorate. There is a widespread belief that it gives to those who don’t deserve and abandons those who do. What approach to reform would you take?

The Labour Party is rightly proud to have built the welfare state, but basic consent for it is beginning to crumble as too many people no longer have faith in its basic premise – that everyone contributes based on their ability, and those who require support get it based on their needs.

Labour is the party of work – but too many people don’t believe this is the case any more. So our welfare plans must be clearly based on the principle that those who can work must work, and those who can’t deserve a decent level of support.

Contribution must be at the heart of our plans in order to restore faith in the system.  We must also show how we will bring down welfare spending in the Labour way – through building affordable homes to cut the housing benefit bill, and tackling low pay and championing high skill, high wage jobs so that families don’t have to rely on tax credits to get by.

Q5. Can you indicate how you might start a process of renewing the image, the practices and the politics of the party in order to reverse its growing cultural exclusivity and widen its appeal in the country?

Our party was created to be the national voice for the workplace activists, community organisers and civic leaders who were fighting against poverty and injustice. It gave them a bigger platform, better funding, and the legal status and Parliamentary representation to ensure what they created could make a bigger difference.

I believe we need to go back to our roots as a party and ensure people have the power to shape their lives, the services they use, and the communities in which they live.

Labour’s purpose has always been to make Britain a more equal society. We will always stand for progressive taxation and redistributing resources from the wealthy to the poor. But in our best moments Labour has recognised that equality is about more than tax and spend alone.

It’s about how we are treated by the people around us, and the institutions and services we use. It’s about self-respect, dignity and a sense of control over our own lives. That feeling of control isn’t created by government alone. We won’t make Britain a more equal society if a small group of people in Whitehall have all the power and everyone else has none. Real control only comes when people can do things for themselves.

Unlike the Tories, Labour understands this requires support, resources, backing and opportunities – and for an active Government to work in new ways.

If government, business and public services need to support people doing things for themselves, so does the Labour party. I am proud of our party and our movement and the amazing work our activists do in every corner of Britain. But too often we don’t value our members.

When someone joins the Labour party, do we ask them why they joined, or about their interests, talents and passions, and how they want to be involved? Do we explain how our party works, our structures and processes, and how they can get involved?  And do we back and encourage them to make a real difference to their community?

Too often the answer is no. Yet with the talent, experience and commitment of our members, we can achieve great things. From Robert Blatchford’s Clarion Cycling Clubs to Movement for Change, community action has always been part of Labour’s tradition. But it’s never been central to our mission. And that needs to change.

So, let’s back projects that link young people up with local businesses to get real work experience, as many Labour MPs have done. Let’s build local networks of people with different jobs and careers to go into local schools to advise and inspire the next generation – as I argued in my first speech in this Leadership contest.

And let’s make sure Labour’s policies for the next election are made with and by the people who know best – not simply by those in Westminster or Party Conference composite meetings. We won’t make good policy unless the people who turn politician’s promises into practice tell us what will work. And we won’t rebuild trust with the British people unless we involve them more in our plans.

Finally, Labour must change to better reflect the country we seek to serve including by increasing the diversity of our councillors, council leaders and MPs. For example, we need to look again at the process of selecting parliamentary candidates: it is extremely difficult to go through a selection process that lasts at least 13 weeks if you are a home care worker or shift worker, or are self employed or run your own small business.

View all articles by Liz Kendall