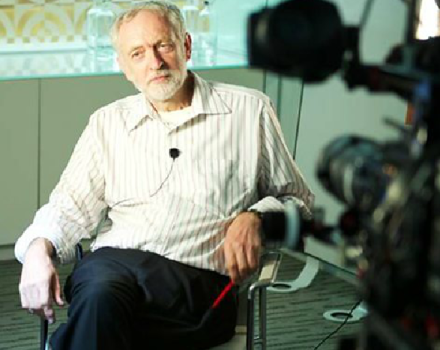 Delegates liked his vision of a more comradely style of politics. His call for an end to personal abuse and cyberbullying in politics got the biggest cheer of the day. It helps that he matches his message. Corbyn was as unpolished as ever; sometimes struggling with the autocue but also passionate and charming. He is not a great orator, but his straightforward style should appeal to people sick of the soundbites and evasiveness of modern politics.

In a key passage he told delegates he would be a listening leader, who would not impose party policy by diktat. “I don’t believe anyone of us has a monopoly of wisdom and ideas,” he said. “I want open debate in our party and our movement. I will listen to everyone.” He promised the party as a whole would decide on policy.

But he also set out some red lines on things he will not compromise on. “I’ve been given a huge mandate, by 59 per cent of the electorate who supported my campaign. I believe it is a mandate for change,” he said. “Let me be clear under my leadership … Labour will be challenging austerity. It will also be unapologetic about reforming our economy to challenge inequality and protect workers better.”

That challenge amounts to the most ambitious plan to expand state intervention in the British economy since the 1983 Labour manifesto. It includes a more expansionist role for the Bank of England, a national investment bank to fund new infrastructure, technology and industries, a redistribution of the tax burden onto business and the rich, and more say for workers in the management of companies.

On foreign affairs Corbyn insisted Labour support the authority of international law and international institutions, particularly the United Nations. More controversially he spoke out about Trident – an issue delegates had voted not to re-examine on Sunday. “I’ve made my own position on one issue clear,” he said. “And I believe I have a mandate from my election on it. I don’t believe £100 billion on a new generation of nuclear weapons taking up a quarter of our defence budget is the right way forward.”

So while Corbyn tolerates shadow cabinet members voicing their opposition to his views, he is not going to let them have the last word on policy. How he does that it is the question. It is not certain he has the support in the unions and constituency parties to get his whole agenda through conference, particularly on Trident. It is also hard to see his inclusive frontbench surviving.

The party’s 160,000 new members are key. Will they get involved or be virtual recruits? And how will Corbyn harness their enthusiasm? The new politics do not appear to involve changes to how the party is organised, just a restoration of the supremacy of conference. He celebrated social media yesterday as a new, democratic form of communication, but not as a means of democratic participation. Surely more must be done to make the party truly inclusive.

View all articles by Tom Happold