Tristram Hunt is responding to a letter published on LabourList earlier this week. 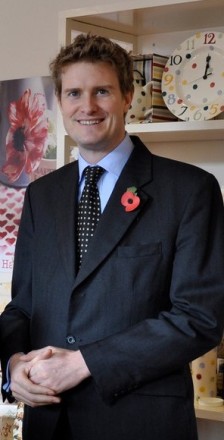 Many thanks for responding to my letter and for sharing the collective views of Red Labour North Staffs. This is exactly the sort of respectful debate about our party’s future we need – and I wholeheartedly agreethe party must draw deep on all of its philosophical traditions in order to ‘reinvigorate the intellectual base’.

On Attlee, I think our disagreement is entirely cosmetic. That the 1945 government bore such radical fruits was precisely my point and, as I am pleased you acknowledge, it was certainly not intended to serve as a knock-down argument against Jeremy’s economic policies. What I was stressing was the need to bring a bit of balance to a polarised debate: surely the Labour Party should be able to offer a mix of investment and cuts without feeling that this is some sort of compromise or indeed that it is imprudent? I am afraid I believe much of the economic debate has lost a sense of perspective. For example, whilst I expect the presentation was not to your taste, Ed Miliband’s economic policy did include the scope for some quite significant capital and infrastructure investment. Indeed, on some measures – as the IFS acknowledged – it contained less ‘austerity’ than the supposedly anti-austerity Scottish National Party. During this campaign I have heard Ed’s position described as ‘Tory’ despite it being the biggest difference in the two parties respective spending commitments for a generation. Certainly, it was very far from being “Thatcherite”.

On welfare, my comments were principally about political strategy rather than policy prescription. The evidence that voters, including Labour voters, believe our party is [to oversimplify]  ‘too soft on welfare’ is very strong. Jon Cruddas has been particularly lucid about this but there are plenty of sources. I say this not to legitimise that view or advocate a particular approach based upon it but rather to explain the political reality as I see it. The grounds for a straightforward rebuttal do not, I believe, look promising. As such, my strategic concern about Jeremy is not that he won’t offer an alternative – I am sure he will. It is more his defence of an unpopular status quo could mean he loses his audience before he gets the chance.

The approach I think we need is to try to change the conversation completely, offering a more hopeful and credible alternative to the existing status quo which, at the same time, could expose the hollowness of the welfare ‘reform’ smokescreen the Tories use to gain popular support for slash and burn. Furthermore, I do believe it is substantively better to deal with social justice problems through high wages and public services than fiscal transfers where that is possible. I am much taken with the overly maligned idea of ‘predistribution’, which I believe could form the basis for an offer on social security which changes the conversation, can win mass appeal (though obviously the messaging would need to change!) and has more political resilience. After all, the Tories find it far easier to roll back benefits than they do to cut popular public services like the NHS.

What this means in practice, is believing that it would be far better to have a proper living wage than spend money on tax credits; that it is better to offer universal access to childcare than childcare vouchers or childcare tax credits. Of course I do not support the damage the Tory cuts to tax credits will do to my constituents and I am well aware that their so called ‘living’ wage does not come close to making up the shortfall. But ultimately tax credits are a sort of state subsidy for private sector poverty pay: surely it is far better to remove the need for them in the first place? If Jeremy supports this shift in strategy then I am yet to hear it. However, I completely accept that this approach could be accommodated within his broader platform – and would be very pleased to learn if it were already.

As for my comments on power – you must surely be aware that throughout this debate a lot of the last Labour government’s legacy has been dismissed as ‘neoliberal’, ‘power without principles’ or, worse, plain old ‘Tory’. I am pleased you reject this characterisation but I simply cannot accept that a government which oversaw a very liberal policy towards immigration and – for all our clear and ongoing flaws – left a country recognised across Europe as having a strong record on integration and embracing diversity, “parroted Conservative half-truths” on that issue. In fact, I seem to recall the Tories berating themselves for being the ‘nasty party’ and recognising they needed to change on immigration in order to regain the trust of the British people. To be completely truthful, we should probably move on from debating the New Labour years but I am pleased to see you recognise their achievements. We should be deeply proud of them.

Finally, as outlined in my recent LabourList article, I will of course serve the next leader of the Labour Party tribally. And as I have been explaining – at times laboriously – whilst I harbour reservations about Jeremy’s platform, I am just as concerned about the nature of the hollowed-out, technocratic politics which other parts of the party now seem to embody. As such, I have no truck whatsoever with talk of legal challenges or changing the election rules: that so many people – and young people in particular – are enthused about the Labour Party is a good thing.

I would be more than happy to continue this debate at our local meetings. Yet as I suggested in my LabourList article, we must also be aware that there is a very large media market for stories of a divided Labour. We need to be careful not to encourage this at such a crucial juncture: the only thing talking up division is guaranteed to achieve is to weaken the new leader’s inheritance. Lingering grievances must be shelved and we should proceed with respect, humility and, most of all, together.