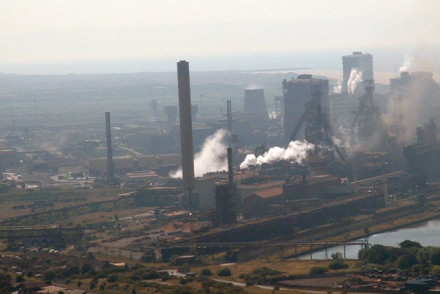 David Cameron today prompted further criticism after saying he would not nationalise the crisis-hit steel industry even as he claimed ministers were “not ruling anything out”.

The Government’s shambolic response to the loss of up to 5,500 jobs at the Port Talbot plant deepened as Cameron gave contradictory statements on his plan for the vital steel sector.

The Prime Minister claimed he would do anything to save the “vital industry” but failed to consider even temporary state ownership of Tata’s steel plants.

“We are not ruling anything out. I don’t believe nationalisation is the right answer, what we want to do is secure a long-term future for Port Talbot and for other steel plants in the UK.”

Jeremy Corbyn said the Government’s reaction was “not good enough”.

“The Prime Minister has offered no solutions today to the threat to our steel industry. His government is failing thousands of Tata steelworkers whose jobs are on the line.

“It’s not good enough for David Cameron to stand by and say the situation is difficult. He should listen to over 100,000 people who’ve already signed the petition calling for parliament to be recalled to debate this crisis. He must act now to protect the heart of manufacturing industry and take a public stake in steel.”

Labour MP Stephen Kinnock has called the Government a “total shambles”, criticising the years of inaction that have led to the crisis.

“They’re in total disarray. They either don’t care or they’re so incompetent that they simply don’t know what they’re doing.”