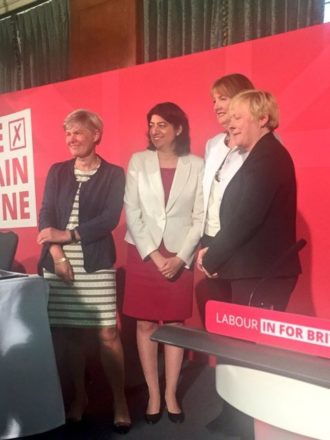 Angela Eagle has called for a new generation of women leaders in the Labour Party to oust the Tories from government.

Speaking hours after launching her leadership bid, she said having more women in power could transform Labour into the “feminist radical party we know we can be” in a speech at the Fabian Women’s Network.

The former frontbencher said women wanted to lead the party at all levels and others should support them to positions of leadership. She went on to say the party has “a lot further to go” until we reached full equality. Labour has never had a permanent female leader.

“We’ve still got a lot further to go if we’re going to make a society which is fair and equal – where women have as much chance to get on and reach our full potential on as men.”

Labour has never elected a woman leader, though both Harriet Harman and Margaret Beckett have taken on the position temporarily during a leadership contest. Theresa May, the country’s second woman Prime Minister, will take office tomorrow for the Conservative Party.