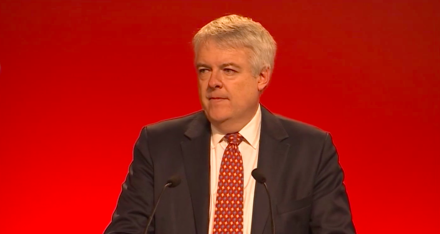 Carwyn Jones is “extremely angry” about reports Welsh Labour officials could be fired if Jeremy Corbyn wins the leadership election and has now demanded both candidates publicly support party staff.

A spokesperson for the Welsh Labour leader said any interference with the way the party is run would be “totally unacceptable” from Corbyn’s office and that Jones would be writing to both candidates to ask for their public support for the party’s staff.

Huw Price, head of the press office, and David Hagendyk, Welsh Labour’s general secretary, are both reported to be on a “hit list” if Corbyn beats Owen Smith.

“Carwyn has made it clear he won’t be publicly backing any candidate – he’s stuck to that in previous leadership elections, and he’s set out the reasons why on numerous occasions,” Jones’ spokesperson said,

“However, it is right to say that he’s extremely angry about the briefing against Welsh Labour staff. These are loyal, hard-working, committed individuals who recently helped defy all expectations with another clear Welsh Labour victory in the Assembly elections.

“Carwyn is very clear that any interference with the way Welsh Labour is run would be absolutely unacceptable, and he will be writing to both leadership candidates asking for their public support for Labour staff.”

The Welsh Labour leader has not backed Corbyn in the contest, but has refrained from giving any endorsement to his challenger Owen Smith.

The controversy comes after Corbyn wrote to party staff praising their “hard work and commitment”, saying recent events had not been easy for the party. His intervention follows more than 100 party staff writing an open letter disputing the “intolerable” conditions experienced by staff, with rumours of a “clear-out” being planned.