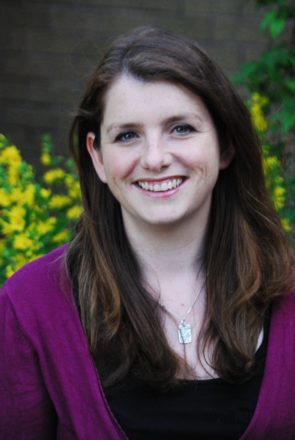 Seven years ago, roughly, I was on the phone to my friend Jenny. My predecessor had announced his retirement and I was arguing that I should stand to be selected in Wirral South. She was finding reasons why I shouldn’t, being the ultimate devil’s advocate.  You need your oldest friends to offer you some challenge when you are about to ask to take on (what was in 2010 thought to be) an unwinnable battle with the Tories, in a general election everyone thought Labour was certain to lose, in a constituency Labour had never come close to winning without a clear majority in the House of Commons. “But just tell me this,” she said. “Why? Why do you actually want to do it?”

Because, I told her, the next generation of Merseyside kids shouldn’t have to leave the place we grew up in – the place we love – to have a full set of choices in life. They should be able to be whoever they want, and stay in our city. As their MP, I could argue for that. “Alright,” she said. And agreed to be my agent. I remembered this moment as I read this on LabourList last week by Paul Swinney from Centre for Cities.

And I also recalled that for as long as I can remember, people have been trying to ‘do’ skills policy to the north.  The skill level of the people in a given area is a crucial determinant of economic growth. Skill levels are an excellent predictor of economic success. So if you are working out how to rebalance those that grow less quickly, it’s an obvious problem to turn to. Low skills are also a red flag for those places that voted for Brexit too, as I pointed out recently.

But I’m afraid I think Paul dismisses manufacturing too quickly. There are two reasons for this.

Firstly, better skills on their own aren’t enough. Someone has to marshal the future employment for skilled people in those areas of northern decline, otherwise newly skilled people will feel they have to leave, just making the problem worse.

Secondly, even if manufacturing is now incredibly productive, and, both here and in Germany, does not offer mass employment as it once did, it nonetheless still suffers from the heavily centralised South-east-dominated government we have in the UK. As a simple example, approximately one in ten people in the North West work in manufacturing. That figure is one in a hundred in the South East. As the south east interest continues to dominate despite the Tory rhetoric, so does the interests of services over manufacturing.

On my first point then, Paul rightly emphasises the importance of getting education standards to rise. Clearly alongside the pride and dignity of doing well at learning, there are positive economic consequences. But having a better set of skills and qualifications held by its young people doesn’t mean much to a town if those skills and qualifications are useless in that town. That is just an invitation to bugger off down the road.

So industrial planning, specialisation, and local authorities having the talent and resources to do both are also necessary to a rejuvenated north. Yes to good schools. Yes to great colleges that improve adult skill of those already in work. But yes to jobs, too.

And secondly, during my time as a Member of Parliament I have lived the consequences of the distance between Whitehall and the factory floor. To give a concrete example: large manufacturers are crying out for some common sense reforms to business rates which heavily penalise them when they upgrade their kit. Whatever the Osborne rhetoric, the government paid it scant attention and have swerved meaningful reform. This is not special pleading. Remember the corporation tax cuts that benefit those with the greatest profit margins? The Tories have proved themselves willing to do some businesses a favour. Just not heavy engineering and manufacturing firms.

Maybe I feel this policy lock-out more personally, having grown up sandwiched between car production at Ellesmere Port, and the great soap making factory of Levers in Port Sunlight. Maybe the memory of Cammell Lairds shipyard closing makes me shudder when I hear experts talk of an economic turn towards services. It sounds too much to me like the past, when thousands left the areas like the one I grew up in, not because they wanted to, but because they felt they had to.

Watching the place you love crumble creates a deep resentment against those who made it happen. This is where economic fortunes create their own political dynamic. Because the truth is, Government matters. We could have taken different choices in the past. And we can take different choices to those that the Tories are taking now. You can opt for manufacturing and services (and agriculture, and creative industries, and the knowledge economy) by empowering the regions that specialise in those sectors. The most important thing is to recognise the huge differences that exist in the economies of the UK. And devolve the powers necessary to let towns and cities run themselves.