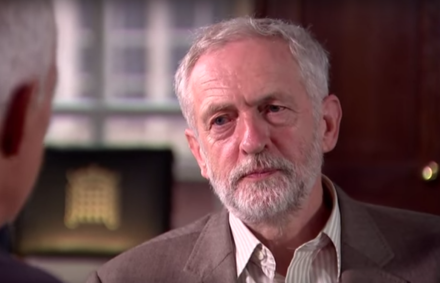 Jeremy Corbyn’s campaign team has issued an apology over the “unauthorised” briefing which claimed several senior centrist MPs had “abused” the party leader.

It said it had a “positive message”to rebuild Britain but appeared to blame Owen Smith’s campaign for triggering the war of words.

The apology was published after Labour MPs reacted with anger to the distribution of a list which named deputy leader Tom Watson, as well as Tristram Hunt, John Woodcock and Jess Phillips, as among 14 people allegedly responsible for “abuse of Corbyn”.

It was an embarrassment for Corbyn, who has pledged to deliver a “gentler, kinder politics”, and overshadowed his televised hustings with Smith last night.

Today the Corbyn campaign apologised but defended its use of comments which had already been reported by several media outlets.

“This was an unauthorised briefing note released in error. Although it reproduced publicly available information, the template that was used, borrowed from one issued by Owen Smith’s campaign last week, did not reflect Jeremy Corbyn’s rejection of negative campaigning, which is why the campaign has apologised,” said a spokesperson for Jeremy for Labour.

“Measures have subsequently been put in place to make sure this won’t happen again.

“The campaign will continue as we have up to date with our positive message to rebuild and transform Britain, so that no one and no community is left behind”.