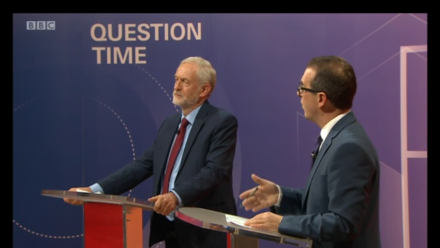 Jeremy Corbyn and Owen Smith will tonight take part in the final televised debate of the leadership contest just 10 days before the result is declared.

The two men will appear in a Sky News special at 9pm with the broadcaster airing a special documentary on the summer’s battle for Labour at 8pm.

There are just seven days left to return ballots. Corbyn remains the strong favourite to win although earlier this week his chief ally, shadow Chancellor John McDonnell, warned Corbynistas against the risk of “complacency” as he delivered a strongly-worded attack on the “establishment” which, he claims, is working against the Labour leader.

Tonight’s hustings, in London, will take place before a 200-strong audience split between backers of each candidate as well as the undecided Labour supporters.

It is the latest in a long summer of debates which has also featured a head-to-head on a special edition of the BBC’s Question Time, at which one audience member suggestion both Smith and Corbyn stand aside in favour of Harriet Harman. A planned hustings with Channel 4 did not take place, prompting a row between the rival leadership campaigns.

Smith, the former shadow Work and Pensions Secretary who quit in the summer “coup”, has not ruled out standing again if he is defeated. Yesterday he told the BBC that Labour would “decimated” if a general election was held immediately.

The result of the leadership contest is declared at Labour conference on Saturday September 24.