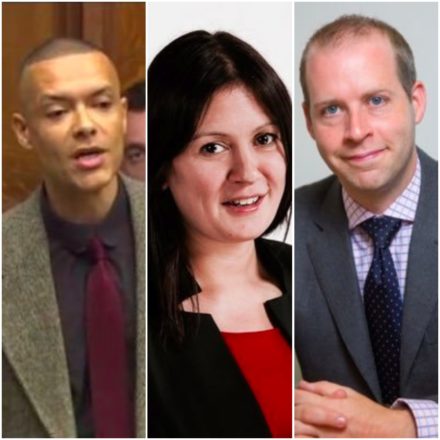 Last week, three Labour MPs did something that takes courage. In calling for Labour to stand aside in Richmond Park, they were pushing for a more collaborative form of politics – one of pluralism and inter-party cooperation.

On Wednesday, Clive Lewis, Lisa Nandy and Jonathan Reynolds wrote for LabourList: “If there is any chance of kicking Goldsmith out of Parliament, the vote against him must not be split. That’s why we think Labour should consider not standing a candidate in this by-election.”

It was commendable. It was, under the current system, perhaps even a necessary call. But here’s the rub: it should never have been necessary. As many Labour MPs recognise, they shouldn’t have to call for Labour to stand aside in the first place.

A couple of days after the three MPs’ statement, their call was bolstered by UKIP, who followed the Conservatives in announcing they will be backing the now-independent Zac Goldsmith. So it seemed that there was a “regressive alliance” on one side – and it needed balancing.

In a way, it’s an ironic mark of how multi-partisan Britain’s politics has become: two major parties backing an independent on one side, and calls for left-wing parties to unite in a “progressive alliance” on the other.

Yet the fact that these calls had to be made is proof itself that our voting system, first-past-the-post, can’t handle 21 st century democracy: voters moving around, exploring new political avenues and wearing different rosettes. So in an attempt to recreate the polarities of the 20th century – one party of the left, one party of the right – a mish-mash of very different perspectives must be forced together.

There’s another way of doing this. And that’s to face facts: the cleavages that have opened up in British politics over the past few decades cannot be undone. The ideological chasms can’t be spanned with the tattered rope ladder of ad hoc pacts and begrudging pledges.

The notion of ‘clearing the way’ for another party is a distinctively first-past-the-post problem. No party should ever have to stand aside, and no one should ever be denied the chance to vote for their party. It goes against the principle of choice, and it goes against basic party instincts – instincts that are at heart correct. Parties exist for a reason, and they are often very different political animals.

This brings me to the point: if people could rank parties by preference, this whole debate wouldn’t need to happen.

While the alternative vote isn’t the best electoral system for electing a whole Parliament, when it comes to by-elections it’s the fairest system. Allowing people to rank candidates by preference totally abolishes the “need” for parties to stand down for another.

With a proportional system for national elections, and AV for by-elections, no one has to “hold their nose” and vote for the Lib Dems if they’re a Labour voter. You can give your first preference Labour and your second preference to the Lib Dems. If Labour don’t have enough support to win, your vote is moved to the Lib Dems instead. It’s not hard.

No more accusations of parties being “spoilers” and handing the seat to others. No more fraught debates about whether to step aside.

British politics is a much more diverse field than it used to be – it’s time for our voting system to recognise that reality too.

Josiah Mortimer is communications officer at the Electoral Reform Society.

Josiah Mortimer is editor of Left Foot Forward. He also works with the Electoral Reform Society and the Politics for the Many campaign.

View all articles by Josiah Mortimer