My first vote in a general election, back when I was a student, was for a Green candidate. So far, so unsurprising. Except I am now a Labour councillor, and my youthful waywardness is likely to send some of my more tribal colleagues into paroxysms of rage.

Am I an entryist? I don’t feel like an entryist – I have voted nothing but Labour ever since that first mistake 15 years ago, and joined the party in 2008. But where do you draw the line? And who draws it?

Last month, Tom Watson called for the abolition of the much-maligned “registered supporters” scheme, which allows people who are not members of the Labour Party (but who tick a box saying they “subscribe to the aims and values of the Labour Party”) to pay for a vote in leadership elections. You can understand why the deputy leader and many others opposed to Jeremy Corbyn’s leadership don’t like the scheme. Over 100,000 signed up in 2015, and Corbyn won nearly all of their votes. This year, even though the cost of a vote rose from £3 to £25, over 180,000 signed up – and the vast majority again voted for Corbyn. And yes, there is clear evidence of bona fide entryism, whereby members of hard-left parties opposed to the parliamentary route to power have sought to hijack Labour and direct it towards their own more revolutionary ends.

But getting rid of the registered supporters scheme will do nothing to ease the pain of those opposed to Corbyn. Entryism is just as possible among members as among registered supporters. Besides, a solid majority of the membership (albeit those who joined since 2015) are on Corbyn’s side anyway, with or without a registered supporters scheme. But most importantly, scrapping the scheme would be a backwards step. To thrive, the party must be a modern organisation which chimes with the way people live and do politics in the 21st century. The pure, old-fashioned party membership model simply does not reflect the way people act today.

Back in the innocent days of 2014, I co-authored a report called Open Up which set out how political parties had to regain the trust and support of the public by modernising. One of the recommendations was to “increase the role of non-members” and continue to experiment with ways of opening up parties beyond the tribal core. In the same year, Ed Miliband introduced the registered supporters scheme. I welcomed it then, and – despite my own opposition to Corbyn’s leadership of the Labour Party – I welcome it now.

The principle of opening up beyond the membership is sound. Parties which keep the doors to the temple firmly shut will find themselves derelict. When individualism is rife and consumer choice is the primary mode of personal expression, the tribal mentality has dwindling appeal. And while hard-left entryists do exist, they do not much help to describe what happened to Labour in the summers of 2015 and 2016. The obsessive rooting out of people’s earlier political allegiances in order to disqualify them from voting makes sense at one level – to be coherent, a party has to command at least some degree of loyalty among its members and supporters. But for those new to Labour – or new to politics, even – the witch-hunts make the party look unhinged.

It was not the registered supporters scheme which allowed Corbyn to win. It was the short-sightedness of those MPs who failed to take their duty as gatekeepers seriously, and who nominated him without actually supporting him. An MP who cannot command the support of even 15 per cent of his parliamentary party should not be leader, for obvious reasons. The ‘real’ figure for Corbyn in 2015 (excluding those who nominated him without actually wanting him to be leader) was just 10 per cent. From a structural perspective, the problem with Corbyn’s leadership is not his policies, his electability or even his competence, although all of these are important – it is the fact that the vast majority of MPs do not support him, and never did.

It will never happen again, of course. No parliamentary party will ever again seek to “broaden the debate” without thinking through the consequences. So, in one sense, the registered supporter scheme has now bedded in. Next time (if there is a next time), it will be fine!

Of course, that isn’t much comfort for those of us watching our beloved election-winning party being smashed up. But in this age of extreme volatility, we should be ready for the next leadership election – and those unhappy with the current leadership should consider using the registered supporters scheme to build a party in their own image. Now is not the time to close things down.

But there is one subtle change we should make to the registered supporters scheme. Instead of asking people to confirm that they “subscribe to the aims and values of the Labour Party”, let’s do what the Tories did for their open primary to select a candidate for London mayor last summer. They simply asked: do you want the Conservative candidate to win?

This has huge advantages over the “values” question. Instead of obsessively picking over people’s social media histories to determine supporters’ relative loyalty to the party, Labour can use the opportunity to make it clear what this is all about – winning elections. Perhaps that seems obvious but, in 2015, some 71 per cent of Corbyn’s supporters said they preferred purity to power (versus just 32 per cent of those supporting other candidates for leader). Those considering taking part in party politics should know that the only thing truly distinctive about a political party (as opposed to a social movement, a pressure group or some other type of organisation) is that it seeks to win elections. It’s the whole point, and if you’re not on board with that, then you should not be a member (or registered supporter) of the party. But as long as you want Labour to win, then the more the merrier.

Am I an entryist? Of course not, and anyone offended by the fact that I voted for a Green candidate when I was 19 years old should consider whether their understanding of party politics really fits with the modern world. For a party to be successful, it has to keep its doors open to the wider world. If we scrap the registered supporters scheme we will be slamming those doors shut. 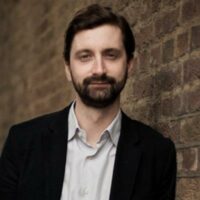 Will Brett is a campaigns, communications and public affairs consultant.

View all articles by Will Brett