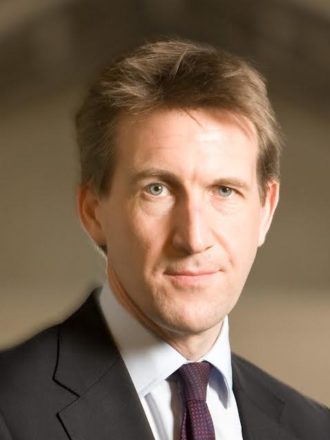 How can we achieve our full potential as a country, when one in four children are held back because they live in poverty?

That is why no child in Britain should grow up in poverty.

The last Labour government demonstrated what can be achieved through setting an ambitious target. Labour delivered the biggest improvement of any EU nation in lifting one million children out of poverty, transforming so many lives.

It didn’t happen by accident, but by design and as a result of political choices. Investment in higher quality early years education, childcare and Sure Start children’s centres was increased four-fold. Support was expanded for families so that they could enjoy greater control over their lives and greater financial security. Tax credits were introduced and the amount of maternity leave taken doubled.

Labour went further in 2010, forging a cross-party consensus which set a child poverty target in law to bind future governments. It didn’t survive long with Labour out of power.

Despite 98 per cent of consultation responses disagreeing, the coalition government chose to scrap income-based measures of child poverty in meeting their duty to report to parliament. The 2015 welfare reform bill then abolished the child poverty target altogether.

Today, that goal of ending child poverty grows ever more distant. By 2020, the IFS forecast that the number of children growing up in poverty will increase by 50 per cent.

That is a shocking failure which we as a Labour party must work to address because it is central to our defining purpose to ensure that every child should get the same opportunities. It’s the reason I stood for parliament in the first place, to serve in politics to improve lives. That responsibility comes with the privilege of public service. It means we have a duty to ensure every child has the childhood they deserve and the opportunity to achieve success in their future. It is unacceptable to settle for anything less, and we should reject the lottery of birth determining someone’s path through life.

When the prime minister stood on the steps of Downing Street, she pledged to “fight against burning injustice.”  This included an unambiguous pledge to “do everything we can to help anybody, whatever your background, to go as far as your talents will take you.”

The bill that I will introduce to parliament on February 3 will test the government’s willingness to deliver on that commitment. As in life, if you want to achieve something in government, it is useful to set a target. So my bill seeks to establish a child poverty target in legislation once again. In order to build a consensus, my approach will be to establish the principle of a target, rather than being prescriptive about all the measures it includes.

We have a duty to help this generation as we did the last. To make progress, post-truth politics must be consigned to 2016. Because to put ideology ahead of the evidence will do nothing to lift a child out of poverty. The government have it the wrong way around when they choose to invest in a new generation of grammar schools which the evidence shows do not deliver, while accelerating the closures of Sure Start children’s centres which we know work so well.

Whereas Labour pledged to abolish child poverty, the Tories abolished the child poverty unit. So faced with more children living in poverty, their response is no target, no investment in what works, and no intention of ending child poverty. That is not a record which matches the prime minister’s rhetoric.

The government’s long-delayed social justice green paper should follow the evidence, not ideology. Rather than a narrow focus on getting families into work, it must respond to changes in the workplace and the wider economy. For too many families work no longer pays. Two-thirds of children in poverty grow up in a home where at least one parent works. So tackling in-work poverty is critical. That will require policies to promote more secure work and offer support to lower earners so that they can progress to better paid jobs.

The importance of a child’s early years in forming their life chances is widely agreed. Smart investments in building the evidence base on effective early intervention should therefore be a priority. Parents would also benefit from the support provided by more flexible childcare that is available when and where parents need it.

If, as the prime minister has pledged, we are to build a country that really works for everyone, then every child must have the very best start in life. To be successful in the future we must create a country which makes the most of all our talents.

That means setting a target to end child poverty, because while children may be 20 per cent of the population they are 100 per cent of our future.

Dan Jarvis is the Labour MP for Barnsley Central and outgoing mayor of South Yorkshire.