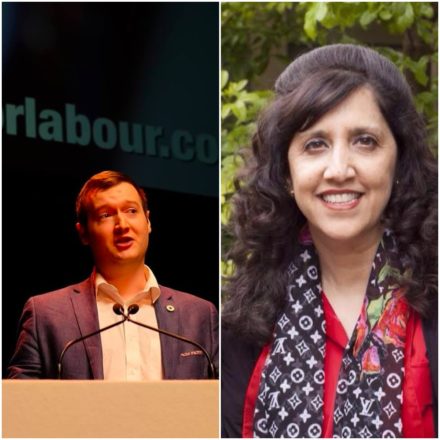 A Manchester councillor and Momentum activist have entered the race to be Labour’s next MP.

Sam Wheeler, thought to be the preferred candidate of Jeremy Corbyn’s office, has confirmed he will seek Labour’s nomination for the Gorton by-election.

Meanwhile a councillor in Moston in Manchester has also announced that she will also enter the selection. Yasmine Dar has lived in the seat for 40 years and is a social worker with 20 years’ experience in the social and welfare sector.

Wheeler said in a post on his Facebook page that he has won the backing of his union Unite. He is seen as an outsider to the area by some, but has spoken of his connection to the seat, saying: “I’m from Longsight, and was born in St Mary’s. I was christened at St Augustine’s All Saints, and went to school in Rusholme. My family, going back to my great-grandparents Patrick and Vera, are buried in Gorton Cemetery. I live in Abbey Hey.”

“This area is my community, it is my home. This constituency, in all its diversity, needs a local candidate who can represent all of our people in the same way Gerald did.”

Dar, who has worked as a service manager for mental health charity Rethink and is a member of the Greater Manchester police independent advisory group, said: “I am involved in many initiatives supporting the communities of Manchester, to build bridges and strengthen relationships. I have worked closely with the Peace foundation, Remembering Srebrenica charity and MCC in the area of community cohesion, celebrating difference and valuing our commonalities. This has further resulted in me being involved with the Hate Forum at Manchester cathedral and being a representative on panel discussions challenging hate and intolerance.”

If you have put yourself forward for the selection in Gorton, or have any tips about the race, please let us know by emailing us at [email protected]